This great project is now ready to be unveiled. Three community groups have transformed a disused railway siding, and a wasteland behind the world famous Big Carrot into a park with bike/walk tracks, a rhododendron dell and playground.

It’s a world-famous carrot and it’s about to get some friends.

After two years of tireless work, the Ohakune Carrot Adventure Park will be unveiled tomorrow at 11am.

There was still much to be done yesterday when the Chronicle called by the new park ahead of its grand opening, but Peggy Frew, from the Ohakune Growers’ Association, said it would be all hands on deck today to get it finished.

Joining the giant carrot will be another cartoon carrot, as well as a swede, potato, Brussels sprout, and “pending” parsnip – the parsnip won’t be ready by tomorrow.

They represent the mainstay vegetables produced in the fertile soils of the Central Plateau around Ohakune.

The Ohakune Growers’ Association installed the big carrot back in the early 1980s and gave it a spruce-up in 2014, which is when Dave Scott, of community promotion group Ohakune 2000, got involved to reinvigorate the “wasteland” that has been Rochfort Park.

The area was once part of the branch railway line to Raetihi with yards for stock to be transported by train.

“The end game is for kids driving between Auckland and Wellington asking their parents, ‘Can we stop in Ohakune?’ They’ll be able to ride their bikes, hopefully absorb some information about the veges and use the loo,” said Mr Scott.

A toilet is yet to be installed in the park but will be.

There’s a bike track in the park, a playground, and a Mazda carrot car carved out of a log of old-man pine, while information boards about vegetables, Chinese growers and forestry are a homage to the district’s history.

The project was also a blueprint for the Department of Corrections, said Mr Scott, because people carrying out community work sentences had contributed 700 hours of labour.

“And then they get to see the good that comes from their input,” he said.

As well as the cartoon veges, which have been fashioned out of high-density polystyrene and then fibreglassed by sculptor Mike Walsh, there’s a heritage path with bricks naming the many growers who have been part of the Ohakune community over the years.

The heritage path links to the Jubilee Walkway, which follows the Mangateitei Stream to Burns St.

Mrs Frew said the sale of bricks for the heritage path and tags for the rhododendrons planted in the park had helped fund the project.

The Ruapehu District Council has contributed $45,000 in cash to the project, which the council’s community property manager, Rebecca van Orden, said showed how well the community had supported the project.

She said it was great to see the reserve being revitalised and used by the community.

Ohakune Growers’ Association president Ron Frew said the group once had 56 members but there were now fewer growers with bigger businesses.

These days the association has 12 members. 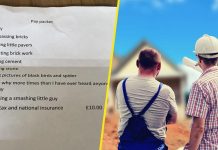 Kid earns his first pay check in the most adorable way 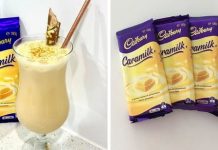 Caramilk cocktail is just what we need 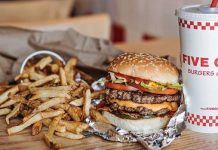