Jeans brand Wrangler released their latest ad campaign video – together with the hashtag #MoreThanABum – last Friday and already it has sparked outcry from women across the globe.

The three-minute video features New Zealand musician Kimbra speaking to professionals such as Olympic volleyball player, Francesca Piccinini, dancer and choreographer Nikeata Thompson, and transgender activist Paris Lees about what it means to be “more than a bum”.

Despite their good intentions – Wrangler’s said they wanted to “create this rallying cry against female stereotyping” – the video has been attracting sharp criticism on social media.

Many are accusing the video of being anti-feminist.

I’d like to take a moment to thank @Wrangler_Europe for their #MoreThanABum campaign. I wouldn’t have know if they hadn’t told me.

I’m sorry @Wrangler, but this is atrocious. I knew I was #morethanabum Didn’t need a shiny advert full of beautiful slim women to tell me.

Not too sure about Wrangler’s campaign ’empowering women as #MoreThanABum‘. Not sure I’d ever thought about myself as being just a bum?!

The ad was created by Amsterdam-based agency We are Pi, with female creatives reportedly taking the lead on the campaign.

The two biggest complaints about the video? That it both objectifies and talks down to women.

However, the company says it isn’t responsible for deleting the negative comments and its talking to Facebook in an effort to “solve the mystery” of the disappearing comments.

“We just want to confirm that we DO NOT steer the conversation by either deleting bad comments or encouraging the “good” ones.

“Look down the thread, you’ll see loads of fiery reactions, and plenty of passion. We wanted to start the conversation, not own it.”

“This mini film features some very inspiring women who are changing the conversations around body image & how we allow it to define us,” she wrote in the post.

One commenter reacted by saying “without the butt shots it would have been perfect”. 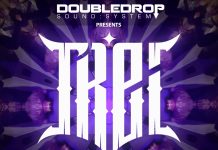 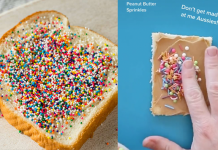