The New Zealand dollar tumbled against the yen as speculation grew that the Republican Party may win not only the White House but achieve a clean sweep with control of the Senate and the House as well, giving it more power to enact policy than President Barack Obama had.

The New York Times has put Donald Trump’s chances of winning the US presidency at 91 per cent, while Nate Silver’s FiveThirtyEight.com website puts Trump’s chances at 61 per cent to Clinton on 37 per cent. However, FiveThirtyEight.com also projects an 82 per cent chance that the Republicans will win the Senate while the Democrats are on 18 per cent odds. Meanwhile, bets on a Federal Reserve rate hike next month have collapsed to just 37 per cent from 84 per cent this morning, overshadowing a rate cut expected from the Reserve Bank of New Zealand tomorrow.

“The world didn’t end with Brexit and the world won’t end with a clean sweep,” said Robert Rennie, chief currency strategist at Westpac Banking Corp. “But the market likes checks and balances in place and it’s not obvious that we have that. There will be a tendency for risk markets to err on the underside of caution.”

He said the market is also assessing the implications of a resounding Republican victory on America’s relations with China, amid expectations they could become more frosty, which could prove disruptive to economies such as Australia and New Zealand, which count China as their most important market. RBNZ governor Graeme Wheeler’s policy statement tomorrow may be seen as an added complication that would cause traders to avoid the kiwi, he said.

“But I certainly expect the Aussie to continue to fall toward the lower end of its range,” he said.

The trade-weighted index was at 78.66, having climbed as high as 79.03 before poll results started flowing in and from 78.59 late yesterday.

BNZ governor Graeme Wheeler is expected to cut the official cash rate a quarter-point to a new record-low 1.75 per cent tomorrow in what may be the last step in its easing cycle, although it may officially keep in place the prospect of a further cut to try to prevent the kiwi from rallying. The TWI is currently about 4 per cent higher than the average level the bank projected in its August MPS.

Just last month he was saying he thought there was a 50-50 chance of the deal going through.

But he’s saying different now after Government leaders were stunned last night over the election of Donald Trump as United States President over Hillary Clinton, a firm friend of New Zealand.

“We’ll work our way through it, it’s bad in the sense that it’s very hard to see TPP progressing now in the lame duck period, you’d have to be a real optimist to believe that,” he told Newstalk ZB’s Mike Hosking.

But Key and Finance Minister Bill English said New Zealand needed to be confident it could adjust to the effects of a Trump Administration.

“If there’s a policy change in areas like trade, well we’ll have to learn to live with that,” said Key.

“New Zealand’s a very attractive destination, we do things well, and whatever happens in the US we’ll learn to work with it,” he said.

“Whatever ultimately happens, New Zealand has got a good relationship with the United States.”

English described the result as “pretty stunning” and said New Zealand would feel the economic effects.

“Some of the waves will wash up here, whatever they are, and we can’t predict them,” he said on Newstalk ZB.

“But it is important we are resilient and confident about our ability to deal with this uncertainty.

“In the long run, the US has a vigorous capitalist economy full of people who want to get ahead and they’re unlikely to go along with policies that will fundamentally hamstring them.”

Asked if it would mean the Trans Pacific Partnership was down the gurgler, English said “if you believe the rhetoric, that would be the case.”

However, he said if the US wanted economic leadership in the Asia Pacific it knew it needed a trade agreement which included most of that region.

The United States led the Trans Pacific Partnership, a legacy trade deal for outgoing President Barack Obama, but it was concluded among the 12 countries only a year ago, and it has not been ratified.

With $5.6 billion of exports to the US, it is New Zealand’s third largest trading partner behind China and Australia.

Former trade negotiator and lobbyist Charles Finny said a Donald Trump presidency was “not ideal” for trade ties with the United States.

“Things like the Trans Pacific Partnership [TPP] will become a lot more complex.

“But Trump had been talking quite positively about negotiating good deals, possibly new types of deals and bilateral deals.

“And I’m sure we’d be very keen to work with the administration on that too.”

He still had some hope the TPP would get through during the Obama Administration’s “lame duck” period – between now and when the new Congress is sworn in in January.

If that was not possible, it was likely to be delayed for years, he said.

New Zealand would have to build “as constructive as possible a relationship” with the US, Finny said.

“It’s a very key trading partner, a very key political partner, and we’re going to have to work very closely with the new administration.”

US ambassador to New Zealand Mark Gilbert, a good friend of Obama, hosted an election event at a Wellington bar yesterday.

As he left the function he was asked what a Trump presidency would mean for trading countries like New Zealand.

“I’ll answer that as if I am the world markets,” he said.

“They have traded off dramatically since he took the lead. So the world markets have already expressed their voice. As a diplomat, I can’t express mine.”

But he added that the US relationship with New Zealand “will still be strong.” 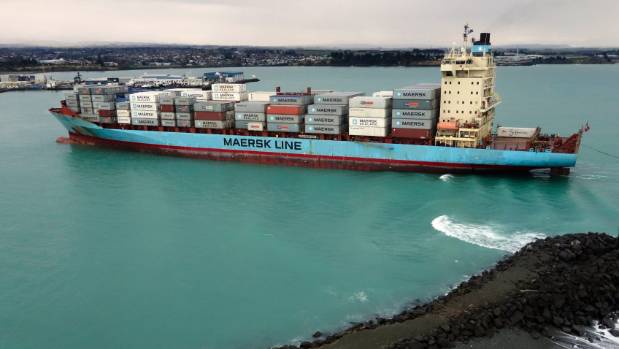 If the US, which was New Zealand’s third largest export market, were to take a more closed approach to trade in the future, New Zealand export returns could be affected.

Trump, a celebrity businessman with virtually no political experience, has promised to tear up trade agreements which do not benefit US interests such as the Trans-Pacific Partnership Agreement, as well as imposing punitive tariffs on Mexico and China.

Hope said the tariffs increased the possibility of tariff retaliation and general increases in protectionism by other countries. 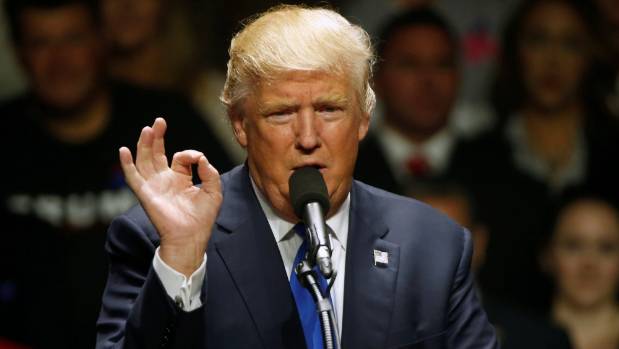 Donald Trump has promised to tear up trade agreements which do not benefit US interests, as well as imposing punitive tariffs on Mexico and China.

In general, this could decrease international trade, which would not be in New Zealand’s interest as a trade-reliant economy.

A note from the New Zealand Institute of Economic Research (NZIER) claimed that a Trump victory would be “horrible” for New Zealand’s economy, with both households and companies suffering.

NZIER deputy chief executive John Ballingall​ said this would lead to “significant instability” in financial markets as well as an increase in borrowing costs and tighter credit conditions for mortgage-holders. 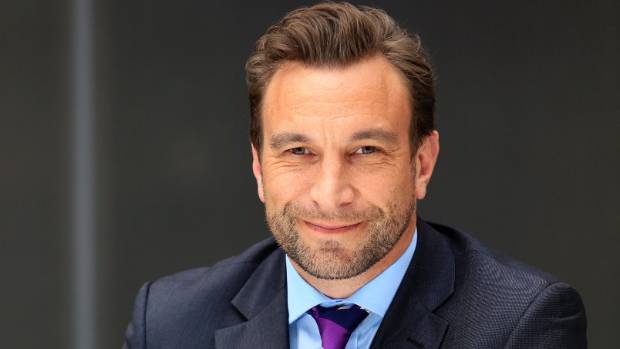 “New Zealand is so dependent on international trade that anything a Trump presidency did to slow world trade would have an impact on New Zealand.”

Brace yourself for market turmoil

Brace yourself for market turmoil. Brace yourself for a global economy that is about to get horribly, horribly complicated. And frankly it was already a mess but there were signs of light at the end of the tunnel.

Brace yourself for President Donald Trump and hope that he fails to live up to billing. Hope that he can’t enact the mad policies he’s been talking up for the past six months.
Who will be the last voices of reason?

We are going to need to look to the world’s central bankers. Brace yourself for an almighty showdown between the powers of economic orthodoxy and an anarchistic Trump regime.

How much pressure now falls on US Federal Reserve chair Janet Yellen, perhaps the most powerful woman in the world now?

How does she respond to the chaos and political mayhem this result will unleash on America?

And what can our own Reserve Bank Governor Graeme Wheeler say?

Today he has to update us on monetary policy and give us his outlook for the local and global economy.

One suspects he has had to do a quick rewrite, although he and his team will have spent some time preparing for this scenario.

It was always on the radar, but for many of us it was just too extreme to believe possible.

It may change an outlook for New Zealand that was looking increasingly upbeat. There was talk that today’s rate cut would be the last in this cycle, now all bets are off.

Beyond that what will Trump do to global trade? Will he start the trade war he has promised? Will he escalate tensions with China? Do our exporters face a new world of tariffs and trade barriers?

The Trans-Pacific Partnership is dead in the water. From New Zealand’s perspective the best hope is that there are enough free trade believers left in the Republican controlled House and Senate to keep Trump’s more extreme ideas at bay.