London’s yearly  John Lewis Christmas advert has dropped. It’s business as usual for the brand, which has to live up to the high expectations of the nation every year.

The new two-minute clip Buster The Boxer, estimated to have cost about £7m, tells the story of a little girl called Bridget and five-year-old Biff as Buster her dog. 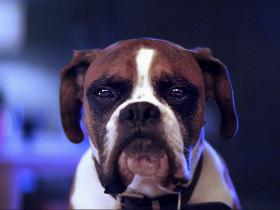 The advert is a return to a more traditional heart-warming tone for John Lewis after last year’s Man on the Moon was perceived to be too melancholic by some viewers.

The retailer said it had aimed for a sense of fun, after 2016 had proved to be “quite a year”.

Twitter, in its majority, welcomed the change of tone.

It’s also worth noting that the release of the add coincided with perhaps one of the most significant political events of America’s lifetime and the ad hopefully came as a welcome relief.

Some people have been complaining, as expected that the advert is not as emotional as they wanted it to be.

Disappointed that this year’s John Lewis advert is funny and didn’t make you cry? If it’s tears you’re after, I suggest putting the news on.

Lovely ad, but you may have just ruined Christmas for so many little one’s; Santa should have been building the trampoline!! #BusterTheBoxer

I tried to re-create the #JohnLewis Christmas advert. It didn’t work out brilliantly. #BusterTheBoxer pic.twitter.com/c25KSaUxh0