The closest full moon to Earth in 68 years is proving a stargazer’s delight as it rises around the world.

While NZ grapples with whether there was a link between the forecast ‘supermoon’ and the magnitude-7.5 earthquake (in one word, no) the rest of the world’s photographers have dusted off their lenses in preparation.

The Moon will be at perigee at 23 minutes past midnight on Tuesday (NZT). At that moment its centre will be 356,509km from the centre of the Earth. The exact moment of full moon will be around 2.52am on Tuesday. 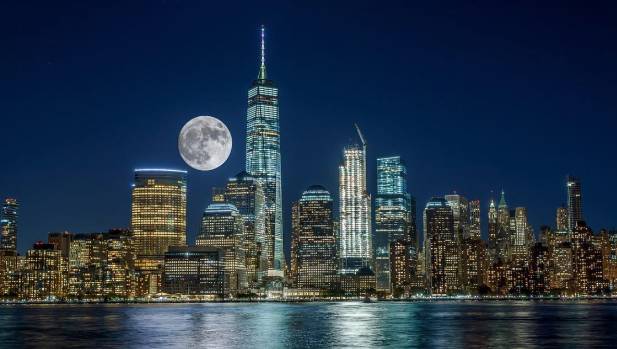 But a combination of poor spring weather and earthquake exhaustion is likely to disrupt stargazing plans in NZ.
Decades of scientific research into the relationship between the moon, tidal forces, and earthquakes has not produced any reliable evidence of a link between the moon’s gravitational pull and quakes.