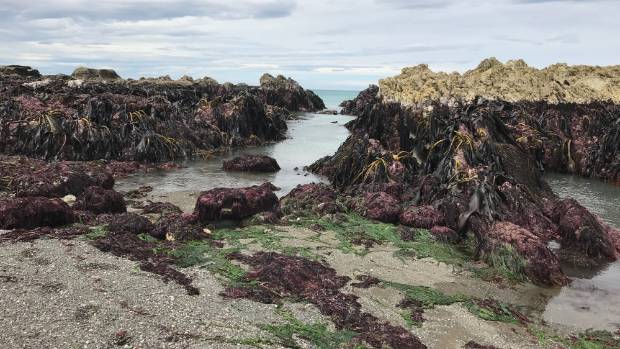 Scientists know a tide gauge at Kaikoura rose 90cm during Monday’s magnitude-7.8 earthquake, but that’s one of the few pieces of detailed data so far about how much the level of the coastline has risen.

There is also information about land movement from a network of continuous GPS stations run by GeoNet and Linz showing a rise of around a metre at Cape Campbell, at the southern end of Clifford Bay.

Teams are now racing around the affected area, taking measurements to build a picture showing the how the Earth has changed since the quake.

Many anecdotal reports suggest a two-metre rise at the coast, and there’s even one report of a reef rising six metres. As a result large numbers of paua, crayfish and other marine life were stranded out of the water, and there are concerns the fishery has been badly damaged.

The uplift would have happened during the 90 seconds to two minutes the quake lasted, and given the event started in Culverden it probably didn’t happen in the first 30 seconds.

“It would have been amazing if it had been daylight and someone had seen it,” Litchfield said.

Uplift would have been greater on one side of a fault than the other. It was not yet known whether the land in some places at the coast had dropped relative to sea level.

Six faults were known for sure to have ruptured during the quake. Of those four went along the coast and out into the sea.

From the air it appeared as if land had lifted from Cape Campbell in Marlborough to south of Kaikoura, Litchfield said.

It was easier to see the uplift along the coast but the same thing would have happened inland. Land in the Kaikoura ranges would also have been uplifted.

No continuous GPS data was available to immediately show changes in ground level in the mountains, but new measurements would be made and compared to past figures to show the extent of uplift.

Satellite data expected later on Thursday could also provide much more information about the extent of the uplift.

The original quake started near Culverden. “There’s a fault there that broke in the first earthquake,” Litchfield said.

It wasn’t known how far the faults may have ruptured offshore, but onshore the rupture of faults probably extended for about 130km. At least two quakes had joined together to make the one big event.

Earthquakes had lifted land in many places throughout New Zealand. For instance, the magnitude-8.2 to 8.3 1855 Wairarapa earthquake lifted Wellington Harbour by about two metres.

There were raised beaches all along the Kaikoura Coast from earthquakes over thousands of years, but they were not well preserved.