After a flying visit, Gable Tostee is believed to have left the country.

It was understood the man acquitted of the murder of New Zealand woman Warriena Wright – after she fell from a balcony on the Gold Coast during a Tinder date – arrived on a one-way ticket this month, and was staying with his Kiwi girlfriend.

He flew in on his own to Auckland from the Gold Coast on a Virgin Airlines flight last Saturday, and left again for Brisbane on an Air NZ flight this week. He is understood to be living under his new name, Eric Thomas.

A witness saw Tostee with a woman outside a Ponsonby bar last weekend.

A former contestant on The Bachelor, Fleur Verhoeven, posted on Facebook on Thursday: “As it turns out, Gable Tostee is residing in Havelock North under a different name atm. Might sign up for Tinder.”

It emerged in late October that Lizzi Evans, whose real name is Elizabeth Smith, was romantically linked to Tostee. She hails from Havelock North but is believed to have been living in Australia.

Weeks before Evans was revealed to be Tostee’s girlfriend, she appeared on an Australian current affairs TV show.

During filming for A Current Affair Evans told Channel 9 she and her partner, thought to be Tostee, were planning to move to New Zealand once her partner finished his architecture studies.

In a series of private messages with members of a Facebook discussion group about Tostee’s Supreme Court trial – obtained by news.com.au – Evans said she and Tostee had been seeing each other for “quite a while”. 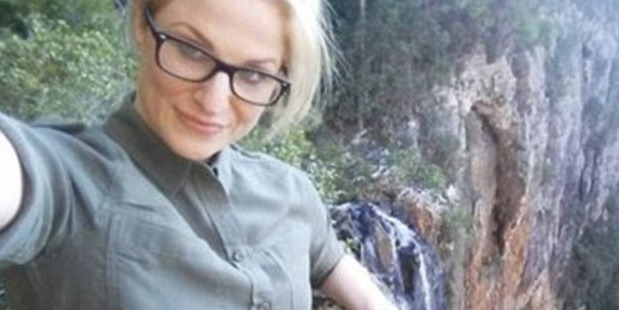 When asked if his sister was back in the country, he said: “I wasn’t aware she was actually, I’m actually not sure.”

When asked if Tostee was visiting, he said: “Definitely not. I don’t know anything about that.”

He hung up the phone when asked if they were still in a relationship.

Lizzi Evans’ parents, John and Shelley, own the winery.

Tostee was acquitted of the murder and manslaughter of New Zealand tourist Warriena Wright on October 20, 2016, more than two years after Wright died.

Wright fell 14 storeys to her death in August 2014, after climbing over the balcony railing of Tostee’s Surfers Paradise apartment.

Wright was visiting Australia for a friend’s wedding when she and Tostee connected on the dating app Tinder.

The pair met only hours before Wright died. They drunk alcohol, took selfies and had sex that evening and in the early hours of the next morning.

Wright was alleged to have thrown decorative rocks at Tostee.

Tostee admitted he and Wright argued that evening. Their altercations turned physical, ending with Tostee locking Wright outside the apartment on his balcony.

The Brisbane Supreme Court jury of six men and six women deliberated for four days before they reached a verdict. They cleared Tostee.

An hours-long audio recording capturing Tostee and Wright’s conversations on the night she died was key evidence in the trial.

Tostee took the recording on his phone.

Wright can be heard screaming “No” 33 times before she fell to her death.

The prosecution argued Wright was so fearful of Tostee that she was willing to risk her life by climbing over the balcony to escape him.

Holt argued Wright had become increasingly violent towards Tostee and that when Tostee removed Wright from his apartment he had been trying to de-escalate the situation.