An investigator will today return to a Taupo timber business to determine what caused last night’s destructive blaze.

The fire service was called to the blaze at New Zealand Timber Packaging on Manuka St in Taupo about 8.30pm.

Eight fire engines from Taupo, Kinloch, Rotorua and Tokoroa were called to the spectacular blaze, which took six hours to extinguish.

About 11pm the fire was brought under control. It was finally put out at 2.30am, but fire crews remained at the scene overnight.

“It was quite a large fire. The building was involved in fire as well as the silos and panels, [and some scrub around.

We had eight fire appliances there at the height of the fire,” said Osmond.

Earlier, there was a risk other buildings could burn too.

The fire service spokesman said no injuries were reported. 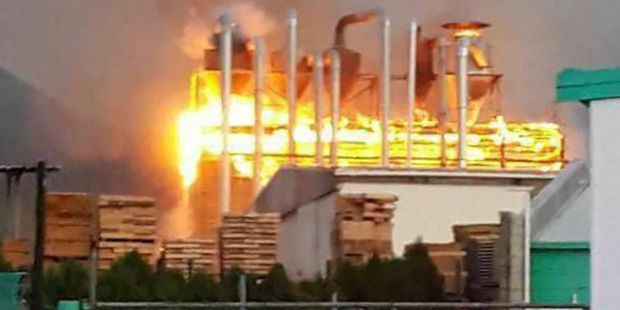