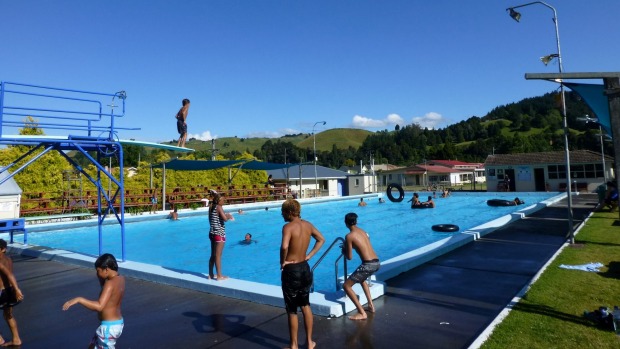 An earthquake related leak has delayed the opening of the Taumarunui swimming pool.

“We have needed to drain the pool to allow the leak source to be confirmed and repairs to take place.

“This is very disappointing with the official start of summer being Thursday this week.”

The pool was meant to open on Saturday, but Van Orden said it will be unlikely to open before December 19.

Time was needed to make repairs and for the sealant to cure.

Repair crews will be taking advantage of the pool being empty to check all the seal points for any possible damage.

The Ohakune and Raetihi pools are due to open on December 10 “all being well”, Van Orden said.

“The southern pools are being filled at the moment to ascertain that they did not sustain any earthquake damage and are still water tight.

The Tirau Summer pools in the South Waikato had only opened for two days when they were forced to close after the 7.8 earthquake on Novermber14.

The South Waikato District Council closed the pools so repairs could be done on a foot valve in the balance tank.