It’s not everyday you see New Zealand’s longest serving mayor ride a scooter past your house.

But then again, it seems to be in true Tim Shadbolt style.

Invercargill resident Chris Bugden managed to capture the Invercargill mayor riding a scooter past his house on video on Wednesday. 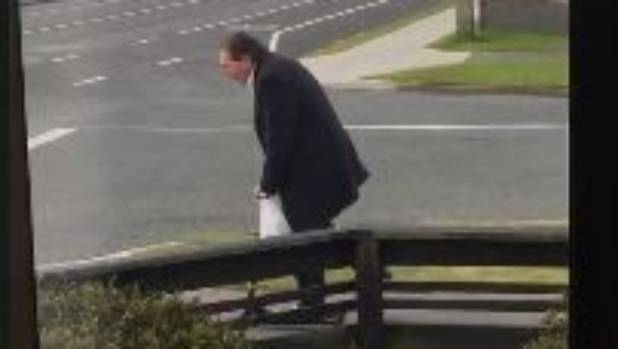 ”I’m glad I have this scooter,” the Mayor of Invercargill must have thought as he merrily rode his scooter through the town.

He then shared the video on Facebook and within hours it had gained over 30,000 views and was shared hundreds of times.

Bugden said Shadbolt was with his son, riding back and forth on the scooter, which was why he was able to capture the moment on video.

“It was definitely Tim.”

Comments on the post included those who were impressed by Shadbolt’s scooter riding abilities and others who wished he was their mayor.

“Bet there aren’t too many mayors that scooter around their town. Good on him,” one said.

“Tim Shadbolt, you are my hero and I cannot stand the idea of anyone else in that office,” another poster said.

“I couldn’t have asked for a better person to run this town,” said another.