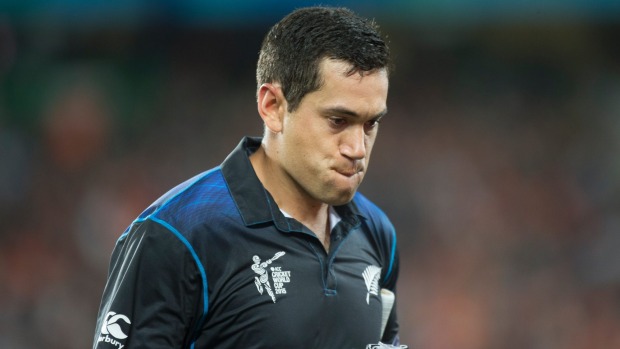 Injured New Zealand batsman Ross Taylor has tweeted a graphic photo of his eye after undergoing surgery during the week.

Taylor went under the knife to remove a growth on the tissue that lines the eyelids. He’s said his recovery was progressing well and he was looking forward to watching the Black Caps in action against Australia this afternoon.

Must’ve been some recovery after his eye looked like this:

Taylor told media last week he has had the eye issue for “five or six years”, but has seen it deteriorate over the past few months and the decision was made that surgical intervention was required.

And you thought cricket was a reasonably cringe free sport huh?