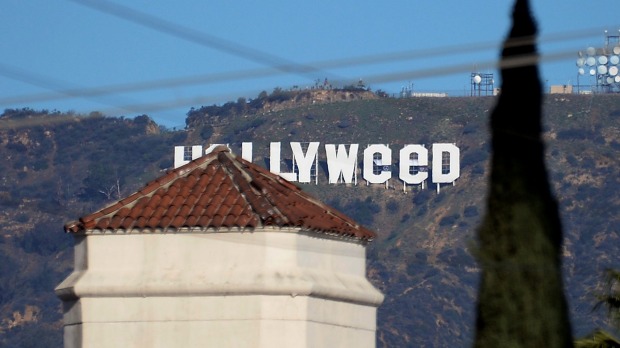 No, Los Angeles residents, it wasn’t your hangovers playing tricks on you. The Hollywood sign really did read “HOLLYWeeD” for a few hours on New Year’s Day.

Police were investigating on Sunday after a prankster used giant tarpaulins to turn two of the iconic sign’s white Os into Es sometime overnight.

The vandal, dressed in all black, was recorded by security cameras and could face a misdemeanour trespassing charge, said Sergeant Robert Payan. 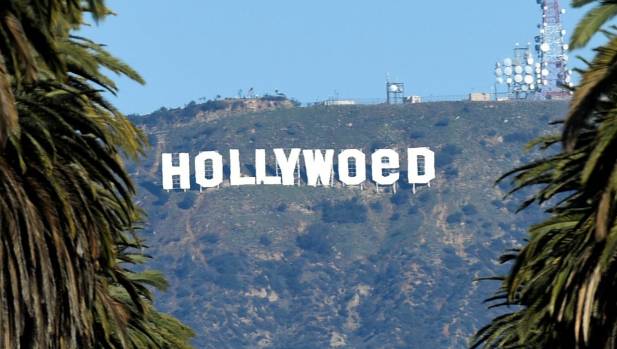 The person scaled a protective fence surrounding the sign above Griffith Park and then clambered up each giant letter to drape the coverings, Payan said.

The prank may be a nod to California voters’ approval in November of Proposition 64, which legalised the recreational use of marijuana, beginning in 2018.

Hikers and tourists in the hills spent the morning snapping photos of themselves in front of the altered sign before park rangers began removing the tarps.

Some prankster tweaked the #HollywoodSign overnight (this is not an adulterated pic). Hippy New Year everyone. pic.twitter.com/XpiiuDa92K

“It’s kind of cool being here at the moment,” Bruce Quinn told KABC-TV. “I thought we came to see the Hollywood sign, not the’ Hollyweed’ sign. But hey it’s OK with me!”

While attention-grabbing, the prank was not exactly original. Forty-one years ago to the day – January 1, 1976 – a college student similarly altered the sign, using curtains to make it read “HOLLYWEED”.

1976 vs 2017 WHO WORE IT BETTER? #hollyweed pic.twitter.com/hiIQbEundI