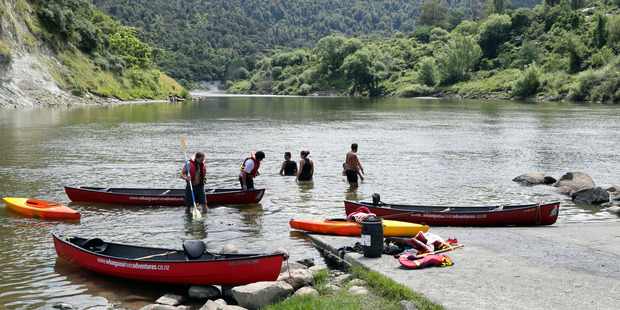 First, we heard about The Redwoods Bike Track opposite Reid’s Farm in Huka Falls Rd being littered with human poo and toilet paper after the huge amount of freedom campers staying in the area over the Christmas period… and now, there is ANOTHER poo problem in the Central North Island along the sides of the Whanganui River. This time caused by people taking canoe trips down the river and stopping on the riverside for a dump.

Check out the stories below:

It’s peak season on the Whanganui River, with about 100 people a day finishing river trips at Pipiriki.

About half of them are canoeists, with the rest “day trippers” who get rides in jetboats.
The campsites and huts have a booking system, and are at capacity.

Numbers using the river have been increasing about 15 per cent a year for the past few years, senior Conservation Department ranger Jim Campbell says. They have risen from about 4000 to about 9500 canoeists a year.

There are even more who are day visitors – many of them international tourists who don’t have four days to paddle through the bush. All those people need a lot of toilets. 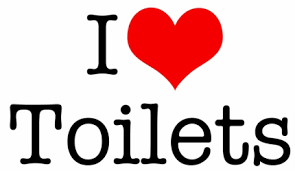 On Tuesday’s 1 News, Maori complained that some visitors were defecating in the bush rather than using toilets.

If people are “caught short”, Maori would prefer them to bury their waste and keep it away from tracks and waterways.

Mr Campbell said the matter of bush toileting was an ongoing thing.

“You’ve got to show respect for the whenua (land). We don’t like coming across it either.”

People had complained that the toilets were smelling, and Mr Campbell said they sometimes did “smell a little bit” but there was no reason why people couldn’t use them.

They are long-drop toilets, with waste dropping into a container and being flown out by helicopter.

They each have a chimney, so that updraft can remove smells. But Mr Campbell said the river was renowned for being hot and windless, and sometimes there wasn’t much draft.

The department could install solar fans to make the draft work better but that would make the toilets even more expensive.

It has installed a temporary toilet at the Mangapurua Landing to the Bridge to Nowhere, one of the most popular places on the journey. And it has a suite of four new toilets at John Coull Hut.

“We are continually looking at ways to improve those systems.”

“I saw it as a good way to publicise the river. It was looking beautiful.” 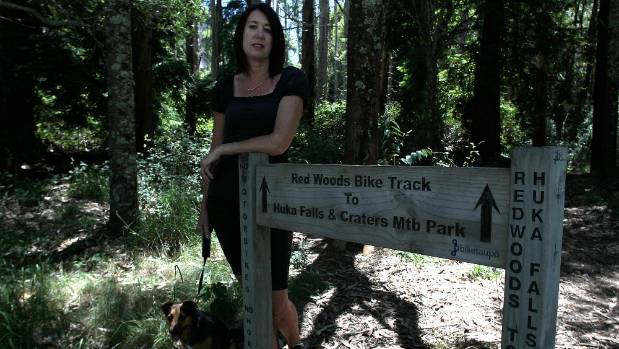 A room with a view seemingly wasn’t enough for freedom campers at Huka Falls.

They also needed a bush to poop in and the resulting mess has forced nearby resident Lesley Sharland to kick up a stink.

The Redwoods Bike Track opposite Reid’s Farm in Huka Falls Rd has been littered with human excrement and toilet paper following an influx of visitors setting up camp over the Christmas period. 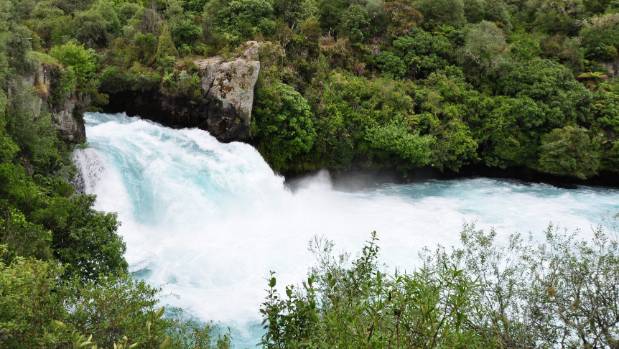 Just up the road from Huka Falls is a sight that no-one wants to see.

Nearby resident Lesley Sharland said she was horrified to stumble upon piles of human waste as she was taking her dog for its usual morning run along the track on Wednesday morning.

“I was down there at 7am taking him for a run through the bush and there was just toilet paper everywhere. These freedom campers had obviously just been walking across the road and not even hiding it, it’s disgusting,” she said.

Sharland said it was an embarrassment for Taupo as many holiday makers come to Taupo especially to use its bike tracks.

“The worst thing is this is one of our bike tracks and people come to Taupo to bike on our tracks and have to go through this disgusting mess. As a tourist destination which promotes cycling I am embarrassed,” she said.

Sharland said while toilets were available at the southern end of Reids Farm there were none at the northern end.

“The message really is if Taupo is going to encourage freedom campers we need to make sure they have enough facilities,” she said.

“If you go to a Top Ten Holiday Park they have got to have so many toilets per person but down here we don’t seem to care.”

She does not think it would be right to ask ratepayers to pay for more toilets.

“These people might use our supermarkets but otherwise they don’t benefit our town and I would rather my money as a ratepayer be spent on something for our community,” she said.

Taupo District Council communications manager Lisa Nairne said the council was notified about the situation on Wednesday afternoon and a job had been logged to have the area cleaned by the following day.

“The council provides facilities at Reid’s Farm and unfortunately we can’t make people act responsibly but we do encourage them to do the right thing and be respectful of the reserve and surrounding areas, “she said.

Nairne said Senjo Securities will have a permanent presence at Reid’s Farm until January 3 with security guards based at the reserve to ensure campers are following the rules for everyone’s safety.