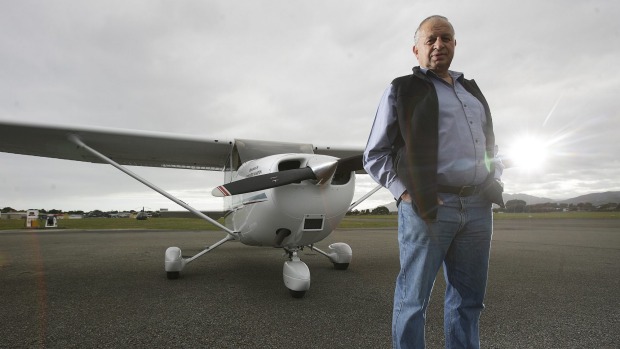 The former chief executive of Wellington company Steel & Tube has been killed.

Nick Calavrias, known as a giant of the New Zealand steel industry, died after a car struck the bike he was riding on the Taupo Expressway on Saturday.

Calavrias, 67, was an officer of the New Zealand Order of Merit. Calavrias was at the helm of Steel & Tube for 18 years, before retiring.

Police released his name on Sunday, and said the serious crash unit was continuing to investigate the circumstances surrounding the crash. In 2010, Calavrias became an Officer of the New Zealand Order of Merit in the New Year honours, for services to business, receiving his award from governor-general Anand Satyanand.

In 2009, senior management spoke of “a giant of the New Zealand steel industry”, a man of passion, a keen negotiator with strategic insight and “compassion for fellow human beings”.

Calavrias founded a steel firm with two business partners in 1976, which grew to employ 100 staff.

Fourteen years later, his company – by then called Acorn Pacific – was bought out by Steel & Tube. In the following year, Calavrias took over as chief executive of the Steel & Tube group. Calavrias was also a leader of Wellington’s Greek community.

In 2010, he became an officer of the New Zealand Order of Merit in the New Year honours, for services to business.

His citation said he had “contributed to keeping thousands of New Zealanders employed by sourcing locally made products over cheaper international alternatives”.

In 2009, Calavrias told Stuff he hoped he would be remembered for his determination in pushing through a safety culture in a company operating in a dangerous industry.

Steel & Tube’s workplace accident rate stood at 90 injuries a year in 1996. In 2009, that number was zero, and a culture had been created that this was a company that put people’s well-being ahead of profits, he said.

Calavrias was also a leader of Wellington’s Greek community and organised a reunion for Greeks who moved to New Zealand as displaced people in 1951. His family fled Greece in that year as “displaced persons”.

When he retired from Steel & Tube in 2009, he said he would have more free time to improve his flying skills. He bought a Cessna 172 light aircraft new in 2005, but had clocked only 300 hours in it over four years.

Calavrias had homes in Taupo and on the Kapiti Coast. He loved boating, fishing, scuba diving, flying, golf and cycling.