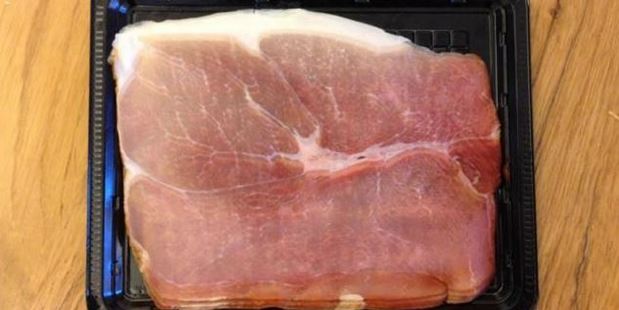 Over the weekend, the internet has been deep in discussion over… a lone piece of ham, apparently.

The image took social media users by storm after it was uploaded to Reddit.

Thought you’d be done with all that viral nonsense by 2017? Ha, you fool.
At first glance, it appears to be a blurry photo of sliced ham:

But if you look around, you’ll see the wood grain table and plastic container holding the meat are crisp and clear.

The image wasn’t shot out of focus, nor was this a bored Reddit user’s Photoshop act. Rather, the meat was sliced so thin that it became semi-translucent, giving the illusion that the ham is blurry.

The trippy image marks the first viral optical illusion of the year, taking its place among various other 24-hour phenomenons, like Shiny Paint Leg Girl and Pornographic Dolphin Bottle.

Stare at it, let it spin you out for a while, and when you get dizzy and light-headed enough, leave your desk and go make a ham sandwich. Good day to you.