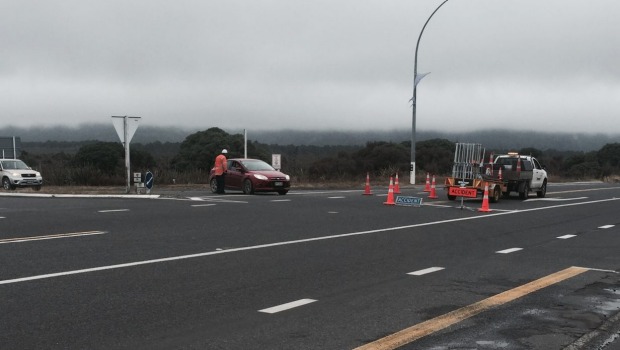 A brother and sister from Gisborne were killed yesterday morning when the car they were in collided head-on with a truck and trailer unit between Ohakune and National Park.

Shakayla Te Huna-Tamanui, 22, of Whanganui and her brother Nazareth Te Huna, 14, of Gisborne died instantly in the State Highway 4 crash, which happened about 7.50am.

The Wanganui Chronicle was told a Mitsubishi Diamante travelling south lost control as it made a sweeping right turn.

A crane operator called to clear the crash scene said it appeared the car caught the gravel on the side of the road and started to slide.

“It looked like the driver attempted to correct the tailspin but slid across the centre line into the path of an oncoming truck and trailer.”

The car came back on to the road just as the truck came over the bridge at Erua.

“The car really did not have anywhere to go after that and the truck impacted the left-hand side of it,” the crane operator said. “It went straight underneath the front of the truck.”

The car was shunted backwards 30-40m before coming to a stop.

“It was absolutely destroyed.”

The driver of the truck was not injured.

Victim Support in Gisborne has been helping the family and a serious crash investigation is under way.

SH4 was closed between SH49 and SH47 from 9.20am until 1.45pm yesterday while the scene was cleared.

“He was a really nice kid to coach and will be sorely missed,” said club coach Dion Williams.

“The whole team feels the loss.”

Wainui club president Salvatore Zame said the club would like to extend condolences to the family.