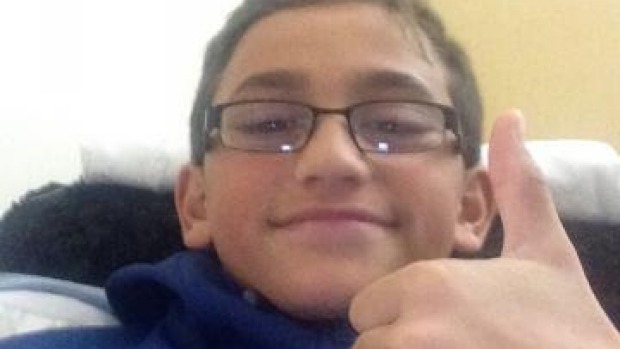 The grandmother of a Whanganui boy missing for four days has made an emotional appeal for him to return.

“His whanau love him and just want him to come home,” said Sandi Ranginui, about her grandson Keanu Ranginui.

Twelve-year-old Keanu went missing about 9pm on Saturday March 4 and police believed he is still in the Whanganui area. Police have spoken to the boy’s friends, but have been unable to find him.

Officers are mounting a search for him.

“He is a 12-year-old boy he should be home,” Sandi Ranginui told Stuff on Wednesday evening.

Keanu lives at both his grandparents’ house and his father’s house.

His nan said they all just wanted him home and safe. The past few days has been hard on his family.

“When we saw his picture was on TV that was quite heartbreaking. He’s just an innocent boy. He’s only a boy.”

She worried that he was with an adult, but could not elaborate as to who it might be. “He would not be out there on his own doing this.”

Sandi Ranginui said her grandson had not done anything like this before. She urged anyone who had seen him to tell the police.

A statement from police said they had spoken to his friends, but had been unable to find him.

Keanu is about 1.4 metres tall and was last seen wearing a black hoodie, grey shorts, a blue NY cap and was barefoot.

He has straight brown hair and wears prescription glasses with blue frames.

Anyone who has seen the child can contact their local police station.

Despite Keanu being missing for four days, police had not released information about his disappearance publicly or to appeal for help until Wednesday afternoon.

When Stuff asked police why they had waited to release the information, a spokeswoman said any decision to release details of a missing person was made on a “case by case basis”.

A request was made to speak to the officer in charge of the search, but it was ignored. Instead, police responded by email.

In the email, the spokeswoman said the child had been reported missing on Sunday March 5.

“Since then police have made extensive inquiries in the local community and with Keanu’s friends and acquaintances,” she said.

“There has been no delay in the search for Keanu.”

“He said ‘hi’. He was by himself looking down our lane like he was trying to look for someone, but he seemed himself,” she said.

“He plays sports and is known by many.”

She added it was unusual for Keanu to go missing, but presumed he is somewhere safe.

Keanu is the second person to go missing from Whanganui within the space of a week.

Michael Stewart, 27, has not been seen since February 27 and police, friends and family have serious concerns for Stewart’s wellbeing.

Police have searched in the Brunswick, Kaiwhaiki and River Rd areas, but say it is possible Stewart may be outside the wider Whanganui area.

The police spokeswoman said the two cases were not suspected to be related.