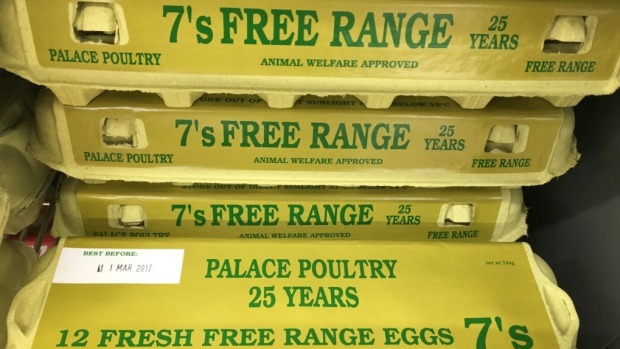 Countdown supermarkets have pulled the Palace Poultry range of eggs from its shelves, after a report the supposedly free-range eggs were likely to have been laid by caged hens.

A Newsroom investigation found millions of eggs sold at Countdown before this year were likely to have been involved.

“We have removed all Palace Poultry products from our shelves as of this morning. We have been in contact with the supplier and informed them of this,” Countdown said in a statement on Monday.

“We are extremely concerned to read the story in the media this morning. Food quality and the integrity of the products on our shelves is paramount to us.”

Palace Poultry had sold eggs to Countdown as free range, the supermarket chain said. It had not supplied any of Countdown’s own brand eggs. 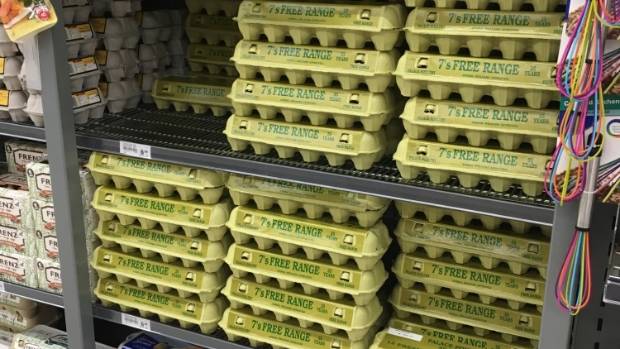 Palace Poultry eggs on the shelves of Countdown.

Countdown was talking to MPI about the issue and carrying out its own investigation.

“When we have more information, we will update our customers further.”

The eggs involved had been packaged as Palace Poultry free range eggs laid at a south Auckland farm but a large quantity were from caged egg suppliers, Newsroom reported.

Palace Poultry eggs were up to $3 cheaper per dozen than competing brands and were a popular buy for cost-conscious consumers looking to make an ethical choice.

They were stocked in around 70 Countdown stores in the upper North Island. The small print on the Palace Poultry cartons said the eggs were “produced, graded and distributed by Ararimu Free Range Poultry” in Steels Road, Ararimu, south Auckland.

But an investigation found more than half of the eggs in the pale yellow cartons were not produced at the Palace Poultry farm in Ararimu.

An average of about 13,000 dozen size 7 Palace Poultry eggs were sold at Countdown stores each week in the two years to May, according to official Aztec Countdown Scan Sales Data.

Based on this volume Palace Poultry would have earned an extra $14,000 per week, according to conservative estimates from industry sources.

The Serious Fraud Office would not “confirm or deny” it was involved, but those involved confirmed the SFO was looking into the case.