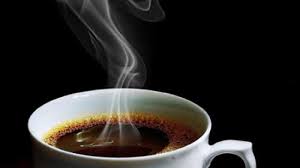 JUG’S!!! American’s don’t use jugs… Mind = Blown
And, it looks like non-American’s are so far utterly horrified by the kettle-ignorant popular of the US.

Some even attributed our deficiencies in widespread superior kettle-adoption to Trump winning the election.

Others were just outraged and flabbergasted.
It got even worse once they discovered that there’s a population of Americans who actually microwave their water.
Others can’t believe we’ve resorted to boiling the water like a bunch of savages.
While some users think we could use our liberal gun laws to satisfy our need for tea.
Someone offered up a dose of sanity, however, explaining why electric kettles haven’t really taken off in the US like other parts of the world.

It’s because most US homes’ electricity are hardwired to deploy 120-volts of power to its outlets as opposed to Australia’s 240-volts. We get more power with our outlets, so kettles boil water faster. Couple that with the fact that Americans drink more coffee than tea (standalone coffee machines take care of that problem) so getting an electric kettle just for tea is kinda redundant for many.