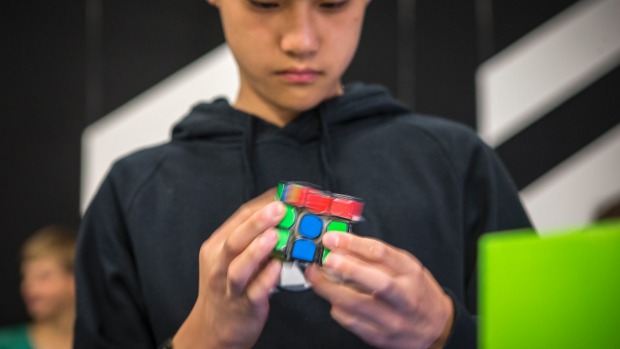 For most of us, solving a Rubik’s cube once is an achievement. But for an elite few the challenge lies in how fast it takes to solve the iconic puzzle cube.

More than 40 competitors descended on the White Elephant Trust building in Christchurch on Saturday for an official World Cube Association (WCA) speedcubing event, some travelling many hours to participate in the South Island’s only event of its kind.

“Speedcubing is basically the art of solving a bunch of puzzles as fast as you can, under official rules and regulations,” said WCA New Zealand delegate Alex Asbery.

Competitors sat at tables on a raised stage while proud parents and supporters lined the hall, phones and GoPros at the ready to capture the speed and unique excitement of speedcubing.

“You get your cubes scrambled, everyone gets the same scrambles, you get given it, you look at it, then solve it and see how long it takes you to do it,” Asbery said. 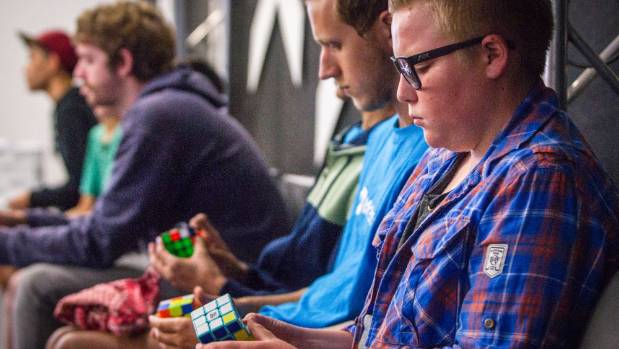 What do you do when waiting to compete in a speed-Rubik’s cube competition? Brush up on your skills.

Rubik’s cubes range in size from two-by-two cubes to a whopping seven-by-seven cube. Competitors complete the tasks one-handed, two-handed and even blind-folded.

Each competitor’s single fastest time was recorded, as well as an average of their five best times.

Asbery, himself once a national champion, said the standard three-by-three Rubik’s cube records were 6.6 seconds for the single time and 10.9 seconds as an average. 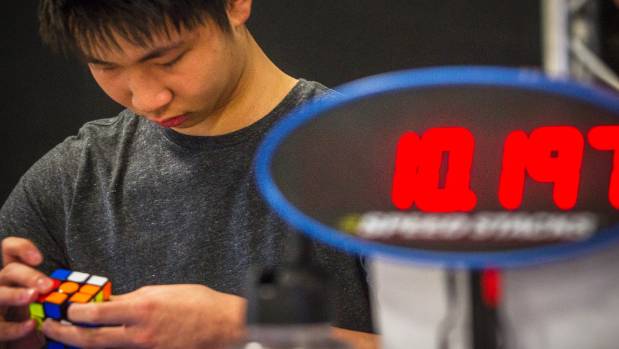 The current national record for the 3×3 Rubik’s cube was 6.6 seconds. Competitors at Saturday’s competition were seeking to break that record.

The current world record time for the three-by-three cube is 4.7 seconds, set by Australian an Feliks Zemdegs in Melbourne in December 2016.

Saturday’s event was just the second official WCA speedcubing competition to be held in the South Island, thanks largely in part to the White Elephant Trust.

Chief executive Mike Field, himself a keen speedcuber, wanted to offer South Islanders a chance to test their skills and helped set up the Christchurch competition.

“I heard about these competitions and noticed there were none in the South Island at all, but there were in the North Island,” he said.

“So I got in touch with the guys that run this one and invited them down to use our space to have a competition.”

Field said the competition was a great success, with entrant numbers more than doubling since last year’s event.

“There are kids from Queenstown and Nelson who have driven here today which is really cool.”