He entered through a hole in the wall and stole thousands of dollars in coins from the pokie machines.

Now police have images of the culprit who allegedly burgled a Finn MacCuhal’s Irish pub on Tuwharetoa St, Taupo, on February 27.

Pub owner Toni Condon said the man ripped off a grating and tunnelled his way through a wall into the pokie machine room of the pub. 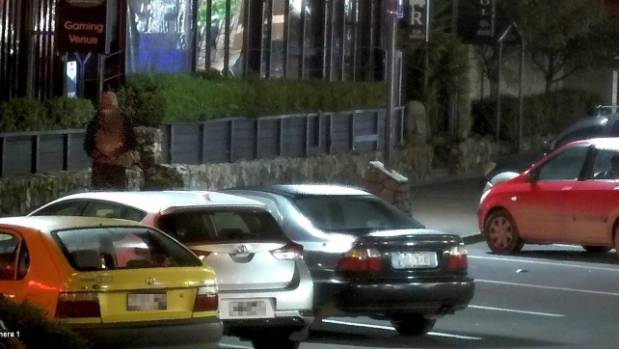 “It would have taken him about half an hour to get through,” she said.

“The hole is just big enough to squeeze through.”

CCTV footage shows the masked man crawling around the floor in a bid to avoid the motion sensors inside the pokie room. He was not successful. 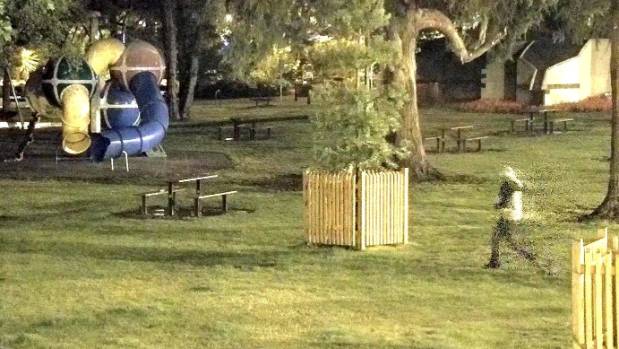 Police are looking to identify the man pictured at the right of the image.

“He tripped the alarm about 5am and a staff member came down to check,” Condon said. “They initially thought maybe someone had locked themselves in the toilet or something but they couldn’t find anyone in the building.

“The pokie room was still locked and shut and they never thought someone could have possibly dug through the wall.”

The man left through the same hole in the wall with a backpack full of coins. Police estimate between $2000 and $3000 was stolen in the heist.

Extra security and reinforcing around the pokie room is now in place at the pub.

Police said after the robbery the offender walked along Tuwharetoa St and crossed Tongariro St into the south domain, towards the bowling club on Ferry Rd. It is believed the offender may then have got into a dark-coloured station wagon.

“Town was busy then,” Condon said. “There were lots of tourists and people outside getting ready to climb Mt Tongariro. There were buses and people walking past.”

Police asked that  local businesses alert them immediately if they  had customers attempting to use large sums of coins to pay for purchases.