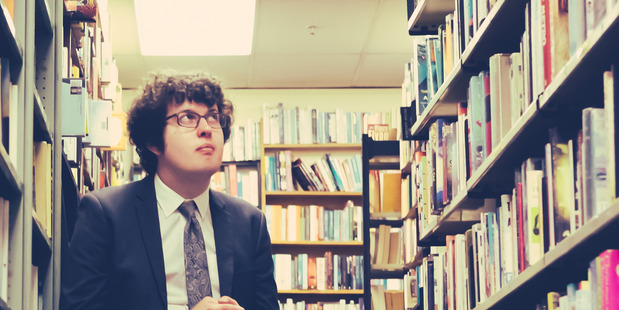 A former Wanganui student Ray O’Leary is one step away from winning the 2017 Billy T award.

Each year the award is presented to an “outstanding emerging performer” with a commitment to their comedy career.

Mr O’Leary, known in his youth as Matthew, was one of five nominees out of the 24 New Zealand comedians who applied for the award last October. The winner will be announced on Sunday as part of the NZ International Comedy Festival. The 24 year old said winning the award would mean he could do comedy professionally without having a 9 till 5 job.

He described his humour as “deadpan, dark and intellectual” comparing himself, and aspiring to be more like, English stand-up comedian Stewart Lee.

Inspired by Ellen Degeneres at the age of 13 he didn’t decide until University to give comedy a crack.

“When I went to University my friends kept saying I should do stand-up comedy but I was always too scared people wouldn’t find me funny.”

In 2015 he finally signed himself up to an open mic night at The Fringe Bar in Wellington.

I was prepared to be very bad. I remember a guy told be just before I went on that I was probably going to be really terrible which wasn’t super encouraging but after it went really well he told me I was really funny,” Mr O’Leary said.

Some Wanganui residents may identify with Ray under the name Matthew as that is his birth name. Ray was a nickname given to him by his University friends who decided his voice sounded like American stand-up comedian Ray Romano.

“They were 17 and 18 year olds and thought that silly fact was funny so ran with the gag…they’d ask me if a girl I was talking to was my “Debra” etc. But it stuck and now nearly everyone knows me by that name and I even call myself that name,” he said.

Mr O’Leary said he has performed twelve shows already in the NZ International Comedy Festival and has six more to go, including both solo and line up shows. He said if he wins the award he will commit to doing a show back in his home-town Whanganui.

In honour of New Zealand comedian Billy T. James the award has been presented annually since 1997. Initially it was an award shared between two until it became a solo award in 2001.