Chris and Gene Toyne have been evacuated twice from their Onetere Drive home in two years and want the culvert replaced.

Mr Toyne shared photographs with Wanganui district councillors “intended to show you a more personal side of the flooding issue we have in the Wikitoria, Onetere, through to Nepia Rd and State Highway 3 area.”

Mr Toyne was one of several submitters to council’s annual plan on Wednesday seeking the replacement of a culvert in Wikitoria Rd that residents believe is responsible for the flooding.

“This was our third and by far the largest Insurance claim for flooding since we built in 1998.” 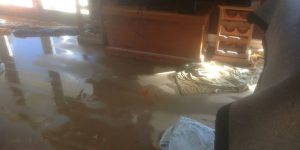 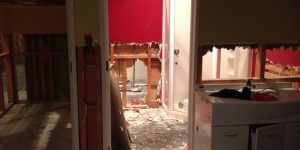 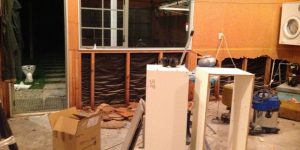 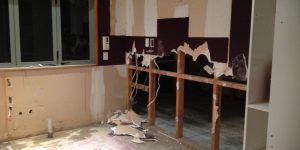 “Each time the 130 or so acres of land from our home at the end of Onetere Drive through to SH3 were completely covered with flood water from the Awarua, in some places over two metres deep. Each time making access to or from our home impossible.

Mr Toyne said there had been six floods in 18 years and three had come through their home.

He had lost sheep, a shed of firewood, and 200,000 bees along with hives. “The hives are probably still in the culvert.”

Mr Toyne said the flooding was not related to the Wanganui River.

“Our flood, as we call it, was not related to the river. In fact in June 2015 our houses were already under water before the Wanganui had burst its banks.

Councillor Charlie Anderson noted claims by submitters that three independent reports showed the culverts were sub-standard and should be replaced.