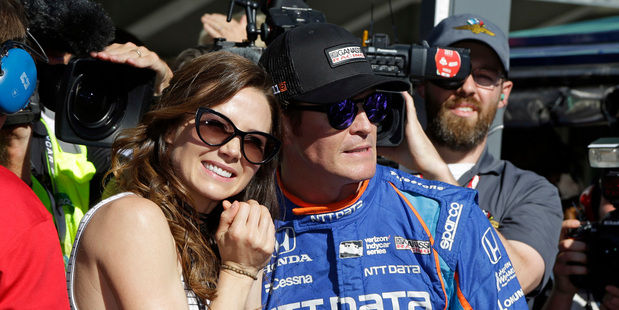 Indycar driver Scott Dixon was on a food run for fellow drivers when he and his wife were held at gunpoint in the Taco Bell drive-thru.

Indycar driver Tony Kanaan said, “While they were ordering with their windows down two guys approached at gun point,”

“They held a gun at Dixon’s head and asked him for with wallet and phone. You don’t expect this to happen, especially here.”

“Emma was obviously scared, but we’re just happy everyone is ok.”

Kanaan said Dixon was surprisingly calm when returning after the incident, “Scott’s amazing. Nothing really affects the guy. He said it was scary but he definitely did the right thing.”

The Dixon’s aren’t talking to media today as Scott is focusing on his race but his manager made light of the situation tweeting:

There goes that Taco Bell sponsorship we were working on I guess. @scottdixon9 @dariofranchitti @EmmaDaviesDixon