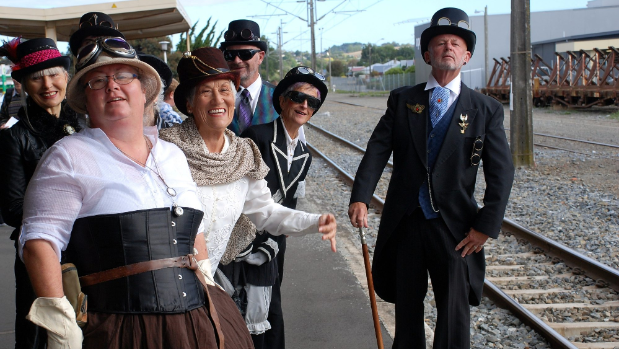 Taumarunui is the destination of choice for hundreds of visitors keen to experience a piece of nostalgia.

Organised for the first time by the Fielding and District Steam Rail Society Inc, 400 confirmed passengers will arrive on Sunday, June 18.

This number could reach 500 visitors as the popularity of the event continues to grow.

The KiwiRail Diesel Locomotive will leave the Fielding Railway Station at 8am estimated to arrive in town at 12.50pm. Departing again at 2.40pm.

Guest have a choice of eating a Pie with Peas, Potato and Gravy or a Beef Stew, Mashed Potatoes and Peas.

Tea and Coffee and large chunks of fruit cake will also be served.

Chairman Rod Bertram said people want to experience a forgotten era which Taumarunui can cater for.​

“We’re looking to give our passengers a day-long rail experience and as much countryside to look at.

“This excursion is proving to be popular we will do it again later this year or certainly very early in the New Year.

“Unfortunately unless you go to Auckland in the Northern Explorer, there are no trains around that do sizeable areas of the middle North Island.”

Bertman said $400 will be donated to the Taumarunui Volunteer Brigade who will assist with security.

“We get a lot of people who book with us say they’ve always wanted to do the Raurimu Spiral and I’ve only been over in the dark or I’ve never actually seen it.

“We tend to take if for granted and just the same as we tend to think that people aren’t interested in rail travel when they are actually really interested.”