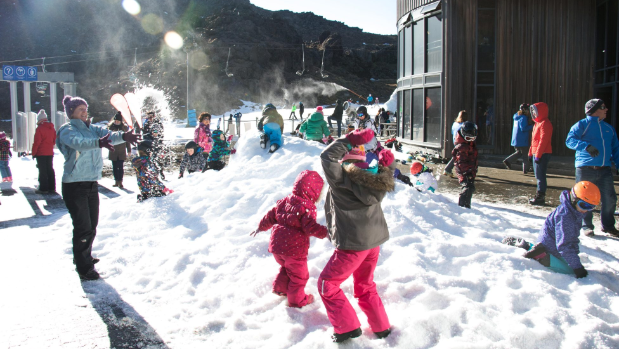 Queens birthday weekend was the date to save, and many people did!

More than 2700 people visited Whakapapa’s Happy Valley opening on the Saturday and Sunday, a huge jump from the 578 people in 2016. The previous record for visitor numbers was in 2014 with 1904.

“Our new snow machine is in full swing and thanks to the snow it’s pumping out we were able to open Happy Valley a whole month earlier than last year,” Ross Copland, CEO of Ruapehu Alpine Lifts (RAL) said. “The early season opening is great news not only for Mt Ruapehu, but also the entire district as accommodation providers, restaurants, cafes and ski hire shops are all already busy.”

The new look was well received in the opening weekend and as well as the new snow machines, three new carpet lifts are being installed – two will be covered by see-through gallery tunnels.

Both Turoa and Whakapapa Ski Areas are scheduled to open on 1 July.

For daily snow reports listen to Ski FM from 7am every morning for hourly updates.