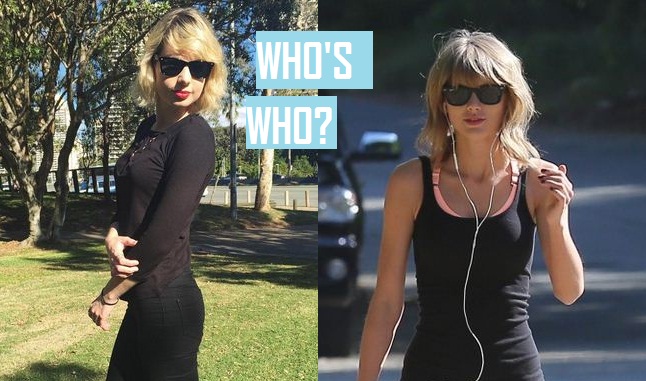 An Australian teenager looks so much like Taylor Swift, she is constantly mistaken for her – even by the paparazzi – and has started making money off of the similarity.

18-year-old Teegan Jarratt said that during Taylor Swift’s last visit to Australia, she “couldn’t walk around at all” because of all the attention she would get.

I guess we take similar photos ???? my new video is up guys!! Link is in my bio

Teegan said she didn’t quite make the connection until she went to the Gold Coast last year to try and meet Swift.

“I had the paparazzi all following me on the beach thinking I was her,” she said. “Everyone was pulling over on the side of the road holding up traffic trying to see me.”

“The first time it happened I was a bit shocked because even though a lot of people have told me I look like her, I personally don’t see it.”

Jarrett’s Instagram account is steadily gaining followers and she’s now launched a company which charges at least $100 per hour to have her appear at parties.

The company is called Tay Tay Parties on Facebook and advertises photo shoots, VIP parties and Meet and Greet packages.

A professional photo shoot will set people back $100 per hour, while a VIP package costs $175 – that buys two and a half hours with the lookalike, who will run karaoke and party games.

Though we’d be careful Teegan, everyone knows Tay tay likes to sue…