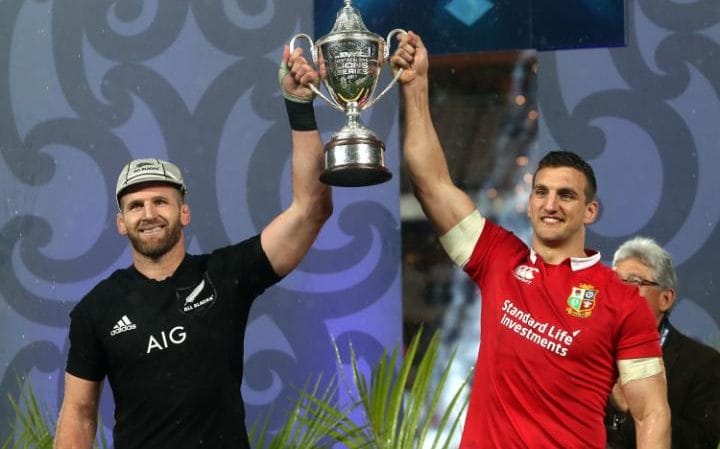 Another disappointing performance for the Lions seems them lose to the Blues 22-16. The Lions were on the back foot early on as the Blues opened the scoring just seven minutes in through the young winger Rieko Ioane. Lions almost immediately hit back through a try from CJ Stander after they executed a clean rolling mall coming from a line out. A penalty from Halfpenny kept the scoreboard ticking over and the Lions looked to have secured the lead going into the break until a late try from crowd favourite Sonny Bill Williams gave the Blues a 12-10 lead going into the break. The second half saw the game slow slightly with the Lions looking likely to win it going into the last 10 minutes with a one point lead. The Blues refused to lie down and scored a typical Super 15 try which had two outrageously good offloads in the build up. For the Lions this result is worrying and with a match against the Crusaders on Saturday every Lions supporter will be hoping for a big turn around.

A hugely exciting game of rugby we had between the Highlanders and the Lions today. There was very little separating the two sides with Highlanders winning out 23-22. In the first half there was nothing to separate the two sides and they went into the break drawing 10-10. The second half could of gone either way but a high penalty count took its toll on the Lions and they left the Forsyth Barr Stadium with a loss, the second of the tour.

Lions record a huge win over the Maori All Blacks at Rotorua International Stadium with the scores reading 32-10 in favour of the Lions. The first half was bitterly close with sides going in at the break with just two points separating the sides. The second half saw the Lions dominate most noticeably in the set piece with the Lions scrum bullying the Maori All Blacks. The Lions kept piling on the pressure right to the final whistle and with a number of unforced errors coming from the Maoris the Lions ended up winning comfortably and gained some much needed momentum going forward to next weeks test against the All Blacks.

The All Blacks ran out 30-15 victors over The Lions in this morning’s test clash from Eden Park. Both sides played some excellent passages of free flowing liquid rugby which was thoroughly enjoyable to watch. Ultimately, it was the clinical nature and strength in depth of New Zealand that proved to be the deciding factor. The Lions will be bitterly disappointed with the result but will take pride in some aspects of their play and will have plenty of things to work on ahead of next week’s fixtures.

A great game of rugby ends honours even after a late Hurricanes comeback. Lions started the better of the two after indiscipline cost the home side dearly as the Lions raced into a 13-0 lead thanks to a breakaway Tommy Seymour try.

Canes managed to sneak a try back in but the Lions got the bounce of the ball and Henderson setup North to give the Lions a 23-7 half time lead. Canes bounced back straight away through a well worked Laumape try, before a 2nd Seymour try gave the Lions a 14 point lead with 20 to go.

The game changed completely on the 65th minute mark as the excellent Henderson was binned for a tip tackle and the Canes scored twice in 4 minutes through Goosen and Fifita to level the scores up. Both teams had chances at the end but both had to settle for a draw in a cracking game of rugby.

New Zealand and The British and Irish Lions played out a truly incredible 15-15 draw in this series decider at Eden Park. Both sides put together some passages of special, free-flowing, beautiful rugby which was a joy to watch from start to finish. The result left both sets of players and fans with mixed emotions but when but in a while when it settles in, everyone will look back on the series with fond memories. Ultimately, it is a remarkable achievement for the Lions to go down to New Zealand and draw a series, while simultaneously ending the Eden Park 38 game winning streak.