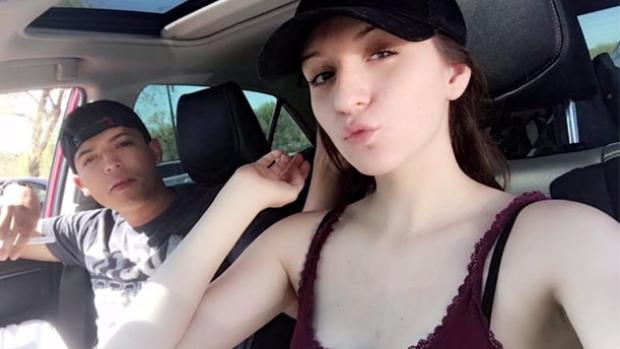 Before the 911 call and police investigation, Pedro Ruiz III, an aspiring YouTube star in the US, spent considerable time convincing his girlfriend to shoot a gun at his chest.

So on a average Monday night, the young couple positioned two cameras outside their home and prepared for their breakthrough stunt.  Girlfriend Perez teased in a tweet at 5pm. “Me and Pedro are probably going to shoot one of the most dangerous videos ever, HIS idea not MINE.”

The young couple channel was based around pulling minor pranks: doughnuts with baby powder instead of powdered sugar, feigning paralysis from a grocery store wheelchair, hiding hot peppers on an egg salad sandwich. Just this week, Perez posted a video of Ruiz doing a handstand inside a rotating fun house tunnel at the county fair.

But the bullet and book stunt was supposed to be their breakthrough.

“I said, don’t do it, don’t do it,” Ruiz’s aunt, Claudia Ruiz, told her nephew when he shared his idea, according to Valley News Live. “Why are you going to use a gun? Why?”

His response was simple: “Because, we want more viewers.”

Ruiz held the book to his chest and Perez held the gun, a gold Desert Eagle .50 calibre pistol considered “one of the most powerful semiautomatic handguns in the world.” And from a foot away, court documents say, Perez fired.

This time, the bullet didn’t stop in the book but instead pierced Ruiz in the chest. Medics tried to revive him, authorities said, but he was declared dead at the house.

When Perez called 911 at 6:30pm, she told dispatchers the shooting was accidental and explained the YouTube plan. Later, according to court documents, she said that her boyfriend had been trying to convince her to shoot the book “for awhile” and she finally relented. She told them about the other book Ruiz had shot, the one that blocked the bullet, and described the gun she fired.

Perez was arrested on Monday on a charge of reckless discharge of a gun. On Wednesday, that charge was upgraded to second degree manslaughter. If convicted, she faces up to 10 years behind bars.

“I wish they wouldn’t have done it,” Claudia Ruiz told WDAY-TV. “I wish he would’ve just done another prank. He was so young. He had so much going for himself.”

Another aunt, Lisa Primeau, said “It’s a tragic incident. What she did . . . she has to live with that,” she told the Star Tribune. “It’s the worst punishment she can get.”