SKIFM
More
Home News And the most adorable solar panels award goes to…. 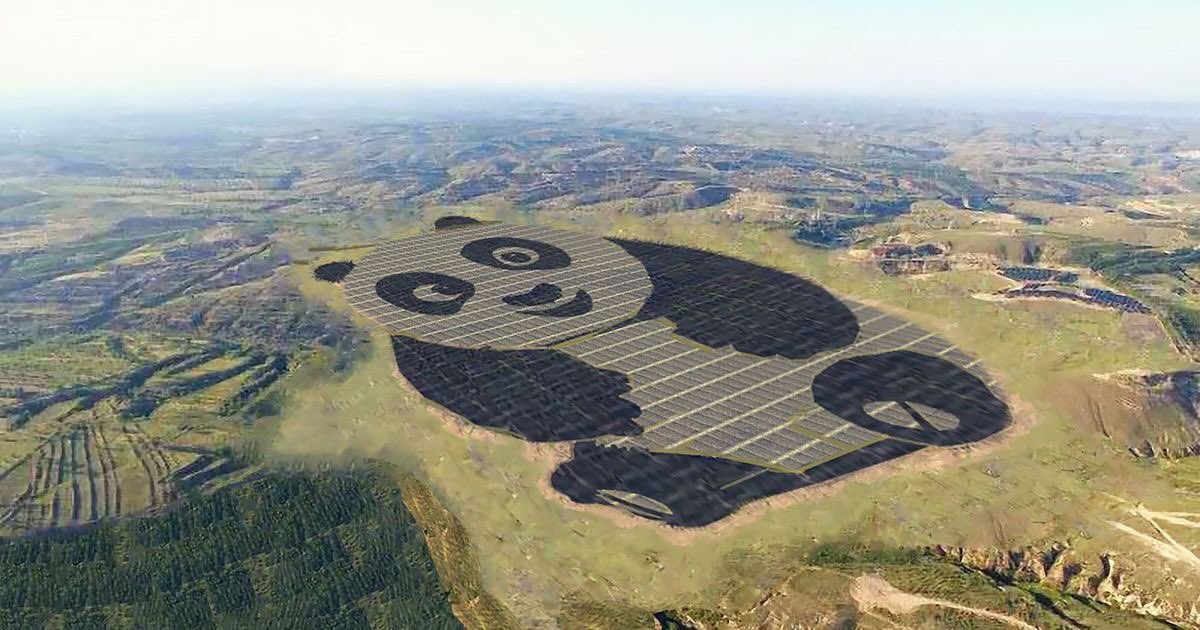 A new solar power plant in Datong, China decided to have a little fun with its design!
China Merchants New Energy Group (CMNEG), one of the country’s largest clean energy operators, built a 248-acre solar farm in the shape of a giant panda. A second panda is planned for later this year.

Called the Panda Power Plant, it will be able to produce 3.2 billion kilowatt-hours of solar energy in 25 years, according to the company. That will eliminate approximately million tons of coal that would have been used to produce electricity, reducing carbon emissions by 2.74 million tons!! (Maybe the U.S could take a leaf out of China’s book and make some Bald Eagle…)

CMNEG worked with the United Nations Development Program (UNDP) to make the Panda Power Plant a reality. The project is part of a larger effort to raise awareness among young people in China about clean energy.

The groups hope to build more panda-shaped solar plants throughout China in the next five years.