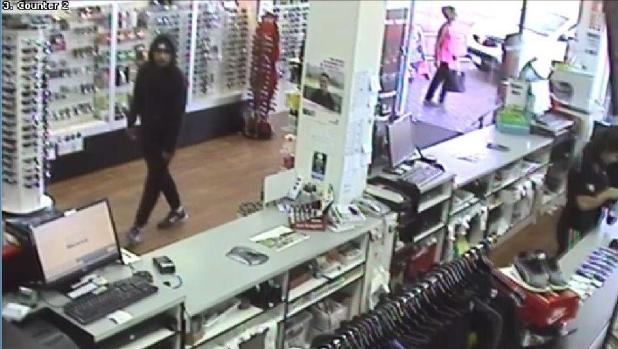 man who stole two charity donation boxes from Rebel Sport lost most of his loot when he smacked into the glass doors on the way out.

It started off bad for the thief with the two Cure Kids donation boxes being securely tied to the counter so he struggled to get them off.

Once he had finally freed the charity boxes, he ran with his loot straight into the glass doors sending a shower of coins into the air.

“There was about $50 on the floor so there wouldn’t have been much more in the boxes,” said the Taupo store manager.

Senior Constable Andrew Coleman of Taupo Police said they would appreciate hearing from anyone who could assist with identifying the man.

The thief appeared to have a tattoo on his left hand which might assist someone in recalling who he is.