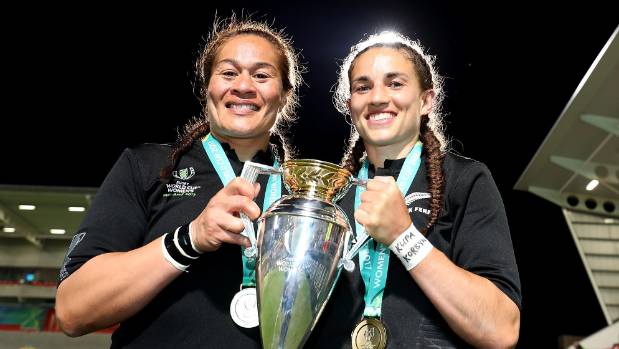 There was a very emotional pre-game ceremony with a teary eyed national anthem and a moment of silence for Sir Colin Meads as the teams took a knee.

All eyes were on try-scoring ace Portia Woodman for New Zealand, but prop Toka Natua upstaged her teammate.

The prop bagged a hat-trick, including crucial tries on either side of the halftime break, to steal the spotlight in the final.

It was a well fought game keeping us watching on edge as both teams lead at one point or another keeping it close, but luckily the Black Ferns awesome second half performance pulled through giving us another Rugby World cup win!