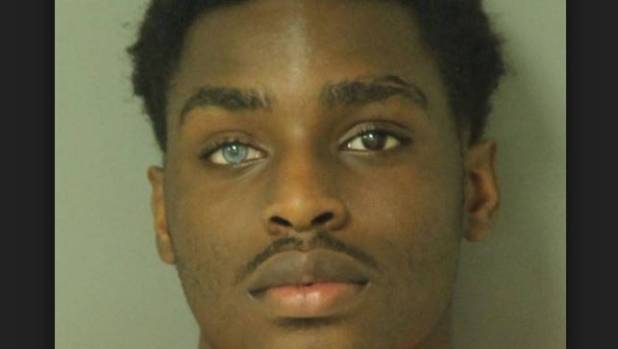 This picture doubles as a mugshot and a modelling portfolio photograph! That’s a way to save money for sure.

The 20-year-old North Carolina man has been signed up by a modelling agency after a mugshot from a 2016 arrest became popular on social media.

Mekhi Alante Lucky was arrested in Raleigh, in Wake County, and charged with possessing a stolen vehicle and eluding arrest.

One of the startling aspects of the mugshot is how it highlighted Lucky’s rare genetic eye condition, heterochromia leaving him with one blue and and one brown.

Claire Modeling manager Damiana O’Bryant told BuzzFeed that when she saw the photo she instantly knew he would be perfect for the agency.

O’Bryant said she hoped Lucky would appear in New York Fashion Week in February. His internet nickname is Prison Bae.