SKIFM
More
Home News Horror scene at the Burning man festival as man runs into the... 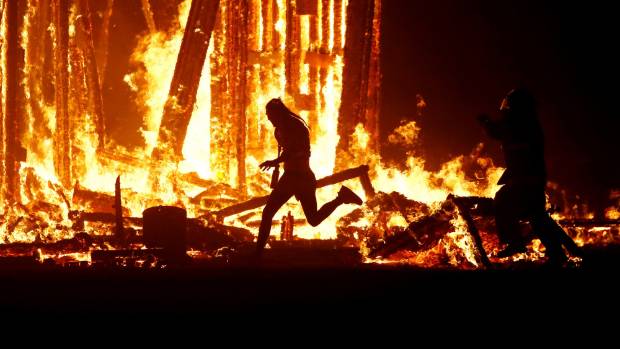 A man ran into the flames at the Burning Man festival in the US, horrifying onlookers and security who tried to stop him.

To get to the fire, the man had to dodge a number of rangers and law enforcement officers. Images show a firefighter trying to catch the man before he ran into the burning 15m-tall effigy, called The Man. The inferno is one of the highlights of the festival, which takes place in the Black Rock Desert in Nevada, drawing crowds of 70,000 from all over the world.

“The individual was treated on scene, transported to the on-site medical facility and airlifted to a burn center.” 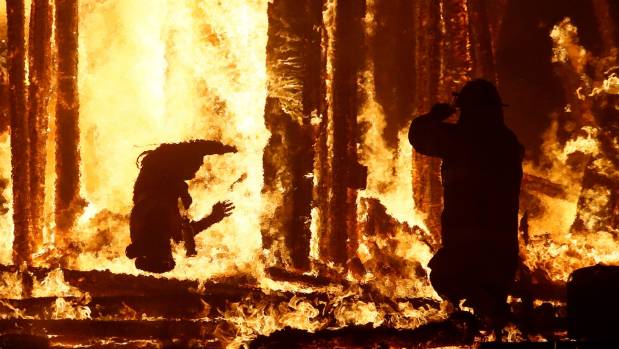 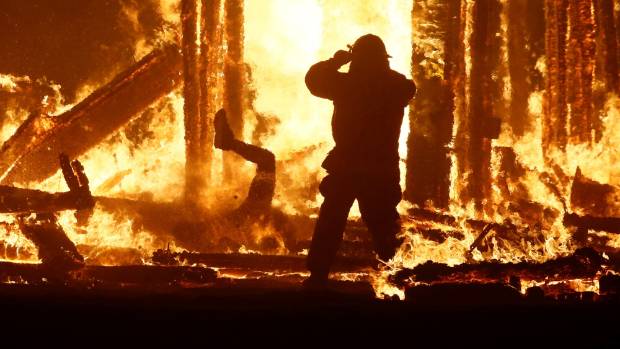 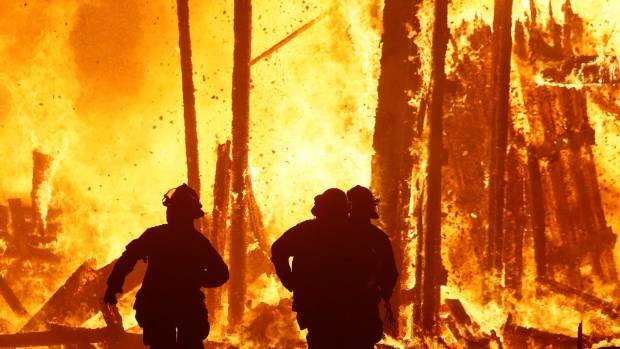 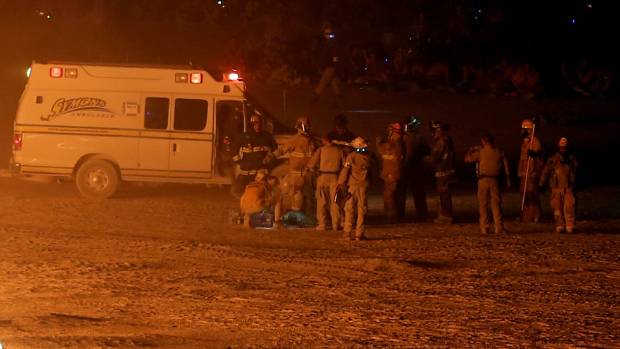