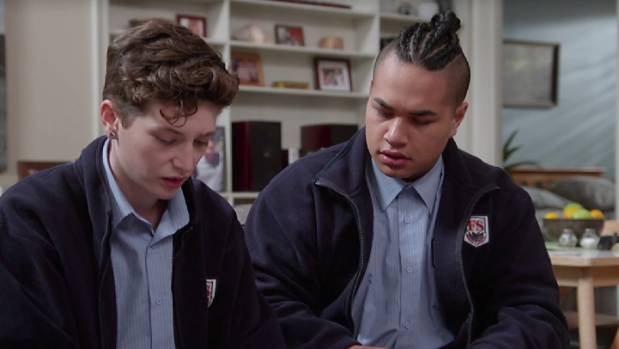 GRAPHIC CONTENT: Mental health experts are criticising Shortland Street for showing the cut arms of a teenage character who had self-harmed, saying the behaviour is “extremely contagious” and the show hasn’t helped the issue.

Shortland Street on Thursday night showed character Blue’s arms with multiple cuts, continuing on the storyline of his struggles after losing his girlfriend.

The show said they were highlighting a social issue and representing the struggles faced by a growing number of New Zealanders. But Mental Health Foundation chief executive Shaun Robinson said he was “concerned and disappointed” by the way Shortland Street had dealt with the issue.

“For viewers who have self-harmed in the past or are currently self-harming, seeing another person hurting themselves can trigger an immediate urge to self-harm,” Robinson said.

Acknowledging that fact, Shortland Street producer Maxine Fleming said the show’s intention was to “shine a light on an issue that has become a serious problem”.

“We understand that it can be extremely triggering. We hope the story helps raise awareness around this issue that may help those who need to talk about it and lead them to seek help from the appropriate agencies.”

WHAT TO DO IF SOMEONE YOU KNOW IS SELF-HARMING

“If you know someone is self-harming, try to keep calm, avoid judging them, and take their distress seriously.”

Robinson said it was important to stay involved with people going through difficult times, especially if they were showing signs of self-harm. “Self-harm is usually related to low mood, and is often used as a coping strategy – a way to deal with overwhelming or intense emotions.”

Reminding those who self-harm that their are people they can trust and talk to was also important, he said, as well as encouraging them to seek help from doctors and counsellors.

To encourage them to speak out, Robinson said they should not be judged.

“Let them make their own decisions about reducing or stopping their self-harm. Try not to judge their behaviour, but try to understand why they are self-harming.”

WHERE TO  GET HELP:

Kidsline (open 24/7) – 0800 543 754. This service is for children aged 5 to 18. Those who ring between 4pm and 9pm on weekdays will speak to a Kidsline buddy. These are specially trained teenage telephone counsellors.