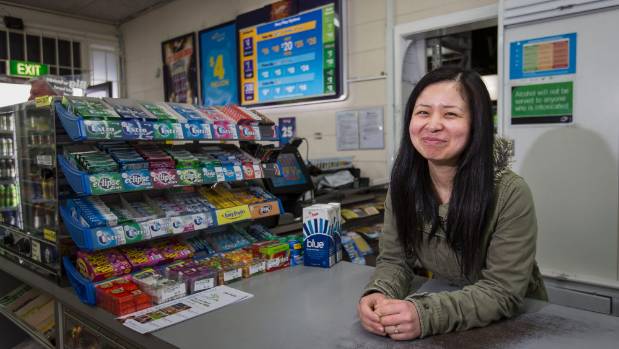 The owner of the Taupo shop that sold a $30 million Lotto ticket thinks the winner is probably a local.

The $30 million windfall is the fourth-highest prize in Lotto’s 30 year history.

Lin has owned the shop for about 18 months with husband Johnnie Zhuang.

“I can’t believe it. Everyone is excited,” she said.

The winner hadn’t called in yet but it was early. The shop hadn’t sold any big winning tickets before, she said.

So what would she spend $30m on? “I would go for a holiday,” the hard-working mother of four, originally from south China, said.