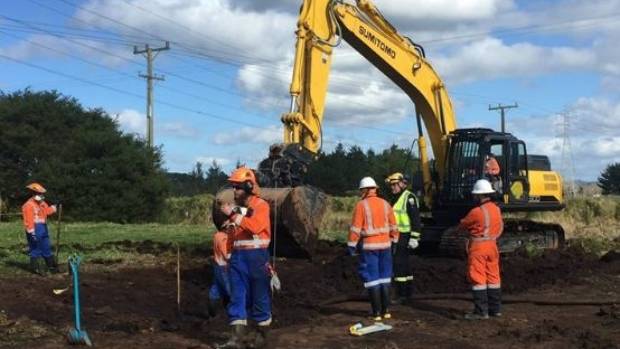 Thousands of passengers a day are facing disruption as airlines are forced to cut uptake from Auckland Airport to just 30 per cent of normal. The fuel industry spokesman said airlines had been asked to keep the 30 per cent cap in place until Thursday, September 28.

Over the weekend some 27 domestic and international flights were cancelled, while others travelled via other airports to refuel. Passengers are also being warned that flights will be spending a longer time on the tarmac.

The Auckland International Airport jet fuel crisis is having a “not insignificant” impact on airline crews and staff as days of disruption increase stress, a union says. But the bigger issue for crew, some of who are volunteering their time or helping out in other areas, seems to be the “embarrassment” of telling people why their flights are cancelled.

Regular supplies to Auckland have been cut after the 168 kilometre pipeline which carries virtually all of Auckland’s jet fuel, petrol and diesel from the oil refinery at Marsden Point, was damaged, apparently by a digger. The digger operator who damaged the fuel pipeline supplying Auckland city would have almost certainly have known what he had done, says Refining NZ boss Sjoerd Post, adding he is concerned for the individual’s mental safety.

Refining NZ had “clear evidence” the 170 kilometre pipeline that pipes fuel from the Marsden Point oil refinery had been struck, with digger teeth marks visible at the location of a 20 centimetre tear in the pipe.
“It is very clear and independently confirmed by the Lloyds’ verifier that a digger has dented and scraped over the pipe with quite significant force.”

The damage could have occurred any time since the condition of the pipe was last tested by a scanner which was passed through the pipe in 2014.

Air New Zealand has released a list of its flights that were expected to be cancelled by the fuel supply shortage.

For the latest updates, including arrivals and departures times, please refer to Air New Zealand’s website or call the contact centre on 0800 737 000.

Flights that will be cancelled:

Jetstar directed customers flying in and out of Auckland to check the airline’s flight status page. Jetstar: 0800 800 995

Flights that will be cancelled:

A Virgin Australia spokeswoman said there were minimal disruptions to Virgin flights, and to check in with the flight status checker for specific information. Virgin: 0800 67 00 00

Emirates flight EK449 from Auckland to Dubai will temporarily be rerouted until 24 September. Flights will stop in Melbourne for refuelling. Passengers will not be required to disembark at  Melbourne.

Passengers holding tickets on EK449 from Auckland with onward connections during this time are advised to contact their travel agent or local Emirates office; and check the status of their flight. Connecting flights will be rebooked as required.

CX198 from Auckland will be temporarily rerouted with a refuelling stop in Brisbane from September 18. CX198 on these days is expected to depart Auckland at 1.45pm and arrive in Hong Kong at 10.55pm.