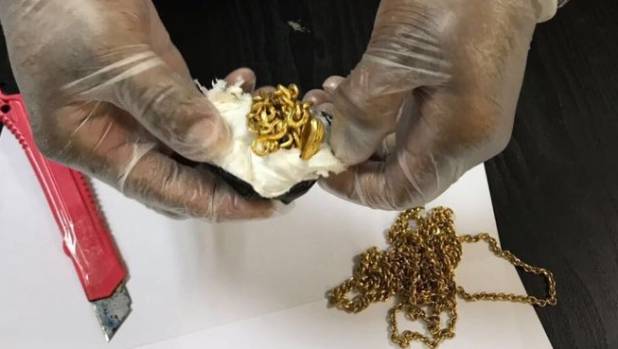 Sri Lankan authorities have arrested a man for trying to smuggle gold and jewellery weighing up to 1kg hidden in his rectum.

The customs officers found 904 grams of gold worth about 4.5m Sri Lankan rupees ($40,433) inside his rectal cavity, the BBC reported.

The Sri Lankan man was stopped at Colombo’s international airport. The 45-year-old man was on his way to India.

Typically smugglers in the region buy gold in places like Dubai and Singapore, the BBC reported, where it is relatively cheap, and then bring it to India to sell there at a profit.

A customs officer told BBC Sinhala they spotted the man because “he was walking suspiciously”.

Imagine how many kegels you would need to do to hold that in!