SKIFM
More
Home News Man gets matching tattoo with dog to then find out its real... 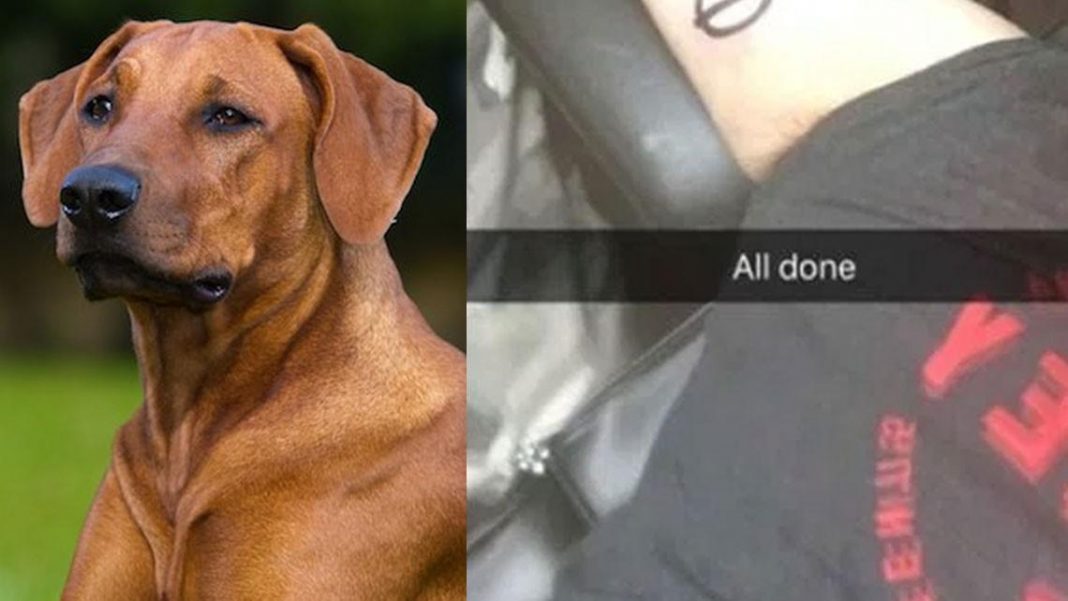 Facebook
Twitter
Pinterest
WhatsApp
This unnamed man thought that his rescue dog had been marked by an abusive former owner. So, In an act of solidarity, he too had the tattoo done and uploaded the pic to Facebook afterwards.

The man said: ‘For those of you who know Bear know that he has a tattoo that was given to him by his previous owners.

‘It sickens me to know that people actually tattoo their pets.

‘So tonight, I got his tattoo.’ 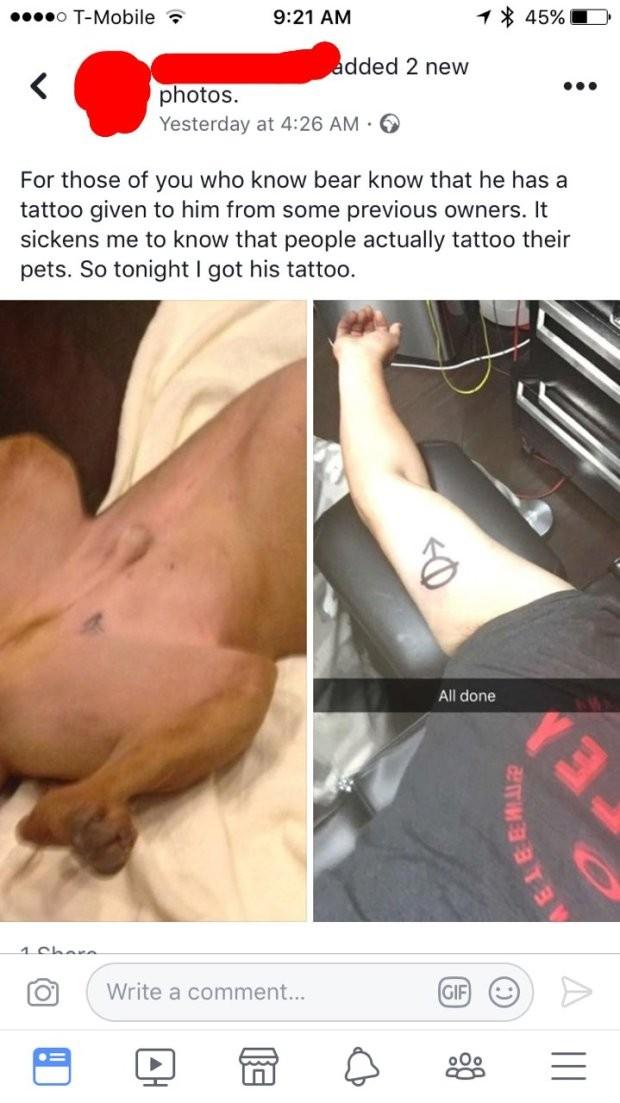 Unfortunately for the man, someone was quick to point out what the dog’s tattoo actually was..

Hint: not abuse from his previous owner. 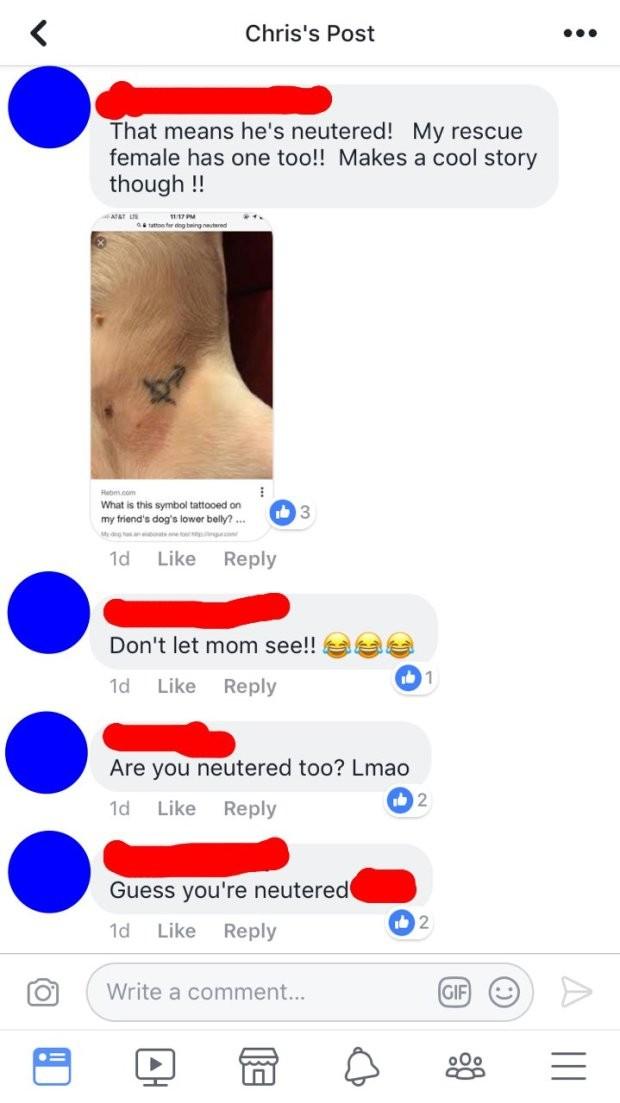