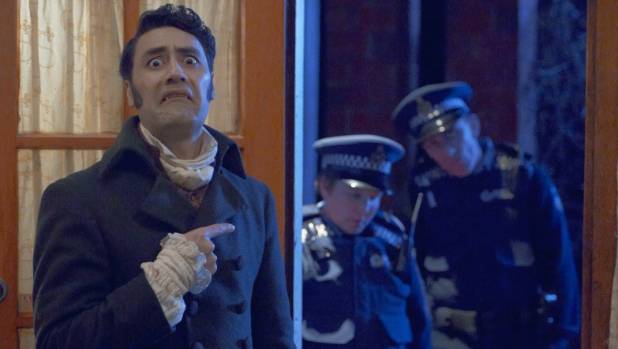 Wellington’s hipster vampires will be returning to screens, but this time on television with a Taika Waititi made spin-off series.

The new comedy by Waititi and Jemaine Clement features on a list of new shows announced by TVNZ at their 2018 season launch on Wednesday night.

Clement has said before that the new television series would centre on the two police characters from What We Do in the Shadows, Officer Minogue and Officer O’Leary.

Discussions about the series had been going on for years. In 2015, TVNZ confirmed it was looking to make a spinoff with the pair, based on their 2014 mockumentary hit.

Waititi and Clement’s series was one of seven local comedy series due to screen online and on air. TVNZ announced three new web series, including a newblood iniative called Oddly Even and Baby Mama’s Club. Paranormal Unit was the only local comedy due to screen on television.