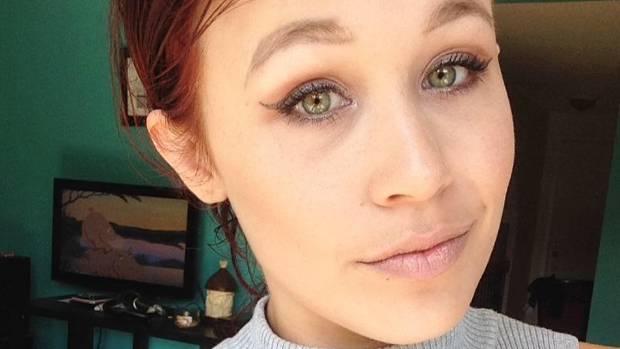 Pictures of the Canadian model often show her sporting purple hair or purple lipstick, or the purple tinge of her numerous tattoos peeking out from beneath a tank top.

So when the already heavily inked Ottawa resident had the opportunity to “tattoo” her eyeball – a procedure called sclera staining, in which ink is injected into the white part of the eye – she chose the colour purple.

Sclera staining can result in a startling tint of the eye, a visual effect that has gained popularity recently among those who practice extreme body modification. But for Gallinger, something went horribly wrong. 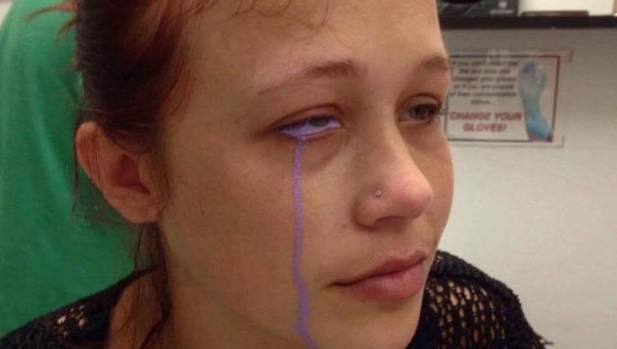 The day of the procedure, purple ink oozed out of her eye and trickled down her cheek. The next day, the eye was swollen shut, and eventually became painfully infected. Three weeks later, the internal swelling remained and doctors told her she was at risk of going permanently blind in the affected eye. 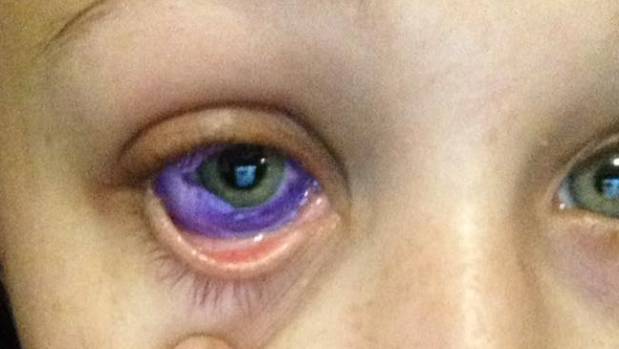 Gallinger identified the person as her then-boyfriend, a body modification artist, to Time magazine.

“During the procedure he made many errors. He did not mix the ink with any saline. He used a large needle instead of a small one, which went too deep into the eye. And instead of doing several small dosages he just took one large injection during a 10-minute sitting.”

“Just please be cautious who you get your mods from and do your research,” Gallinger wrote. “I don’t want this to happen to anyone else.”