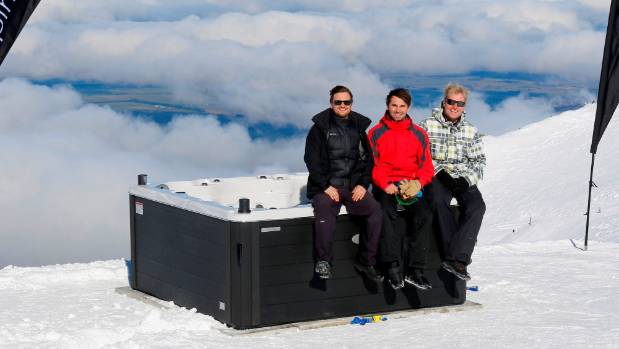 Picture your backyard jacuzzi transported to the top of Mt Hutt and pimped out with powerful surround sound and you get some idea of what the ski field’s new spa pool is like.

Perched on the top of the Summit Six Chairlift at 2086 metres above sea level, it’s the highest altitude spa pool in New Zealand.

Seating just six, the pool enables visitors to chill out in the hot water as they take in the action on the slopes and panoramic views of the Southern Alps and across the Canterbury Plains to the Pacific Ocean.

“This is a unique experience and perfect for spring when the feeling on the mountain is way more relaxed”. 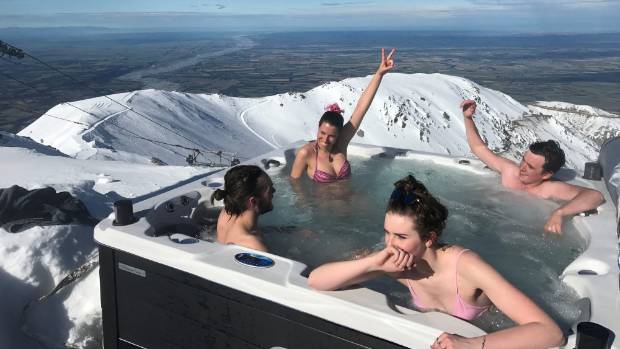 Installing the spa – which can withstand freezing temperatures and high winds and still be ready to use at 40 degrees – was at least as extreme as the action on the slopes, Simon Riddell, director of Alpine Spas, added.

“We had to helicopter the 650kg pool to the top of the mountain with Christchurch Helicopters, and try to get dry ground for a foundation,” McKenzie said.

The high altitude and extreme weather conditions meant it was no easy feat but the pool is now up and running.

Those who want to check it out need to get it quick though – it’s only open until October 15.

The spa will be choppered back off the mountain at the end of the season and, at this stage, there are no plans to install a spa in 2018.