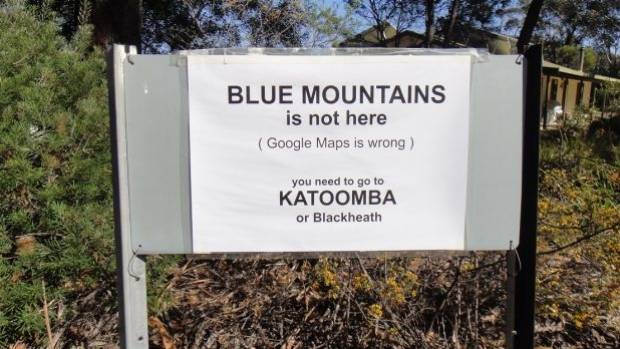 Residents of a sleepy cul-de-sac in NSW, Australia, have been experiencing a very peculiar issue, particularly on holidays and long weekends.

Hundreds of confused sightseers, who have typed “Blue Mountains” into the google search engine or app, but for some reason have been pointed to a dead-end street about 30 kilometres north of Katoomba.

Those who call the tiny street home first noticed something was wrong in 2015, when Google Earth showed photos of tourist spots like The Three Sisters, Katoomba Falls, Wentworth Falls and Mount Solitary attached to their address.

The following year they noticed an influx of tourists, and after talking to some, they realised what Google Maps was doing. By the end of 2016, tourists were flooding into the street daily during the summer holidays, forcing the residents to erect a sign explaining the error.

Karen McLaughlin, 61, has a cottage on the street with her partner and says that, during long weekends and holidays, there can be “a car every few minutes” driving into their once-quiet cul-de-sac looking for the Blue Mountains.

“People following Google Maps to ‘Blue Mountains’ are usually non-English-speaking tourists, and I don’t blame them at all”, she says.

“I feel sorry that they’ve come 35 kilometres out of their way and then have to go back again.” 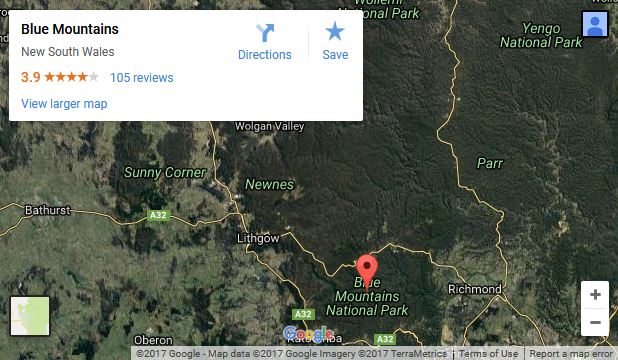