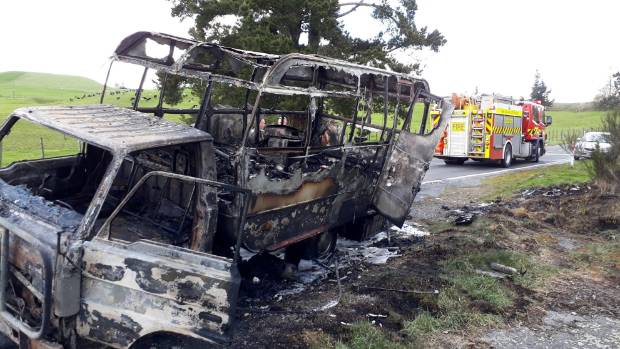 The driver of a campervan had to make a rapid dive to safety after his home burst into flames while he was driving it.

The man was driving up Rapids Road in Taupō when the campervan exploded, blowing the windows out and sparking an inferno.

He managed to pull to the side of the road and get out without injury, but could only watch as all his possessions went up in flames.

The suspected cause of the fire, which happened on on September 30, was a gas leak behind the fridge.

Yardley, who owns Smashed As Contracting, said when he heard about the event, he swung into action.

“We went and picked up the campervan and ended up taking it to the dump,” he said.

But, that’s not all he did. 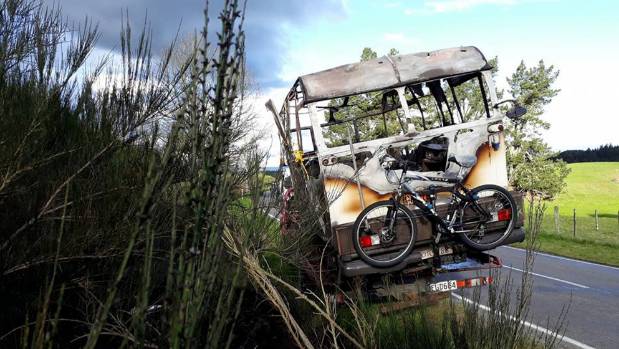 A simple post on a public Facebook page generated so much traffic, Yardley’s friend was fully equipped with another campervan and household items by the Wednesday after the fire.

“Colin and Nat Porter from Rainbows Septic Tanks, along with myself, cashed in every favour that was owed,” he said.

“Colin and Nat found another campervan, the Salvation Army helped, and lots of people donated stuff.”

Another man, who lives in Taranaki, even donated his campervan which is going to be auctioned off on Trade Me as a fundraiser and all proceeds made will go to Yardley’s friend.

Yardley says he wants to thank everyone who has helped out and one thing became clear to him during this trying time.

“There’s an amazing amount of people who will help a stranger out,” he said.

“We have only done what people should do for friends.”