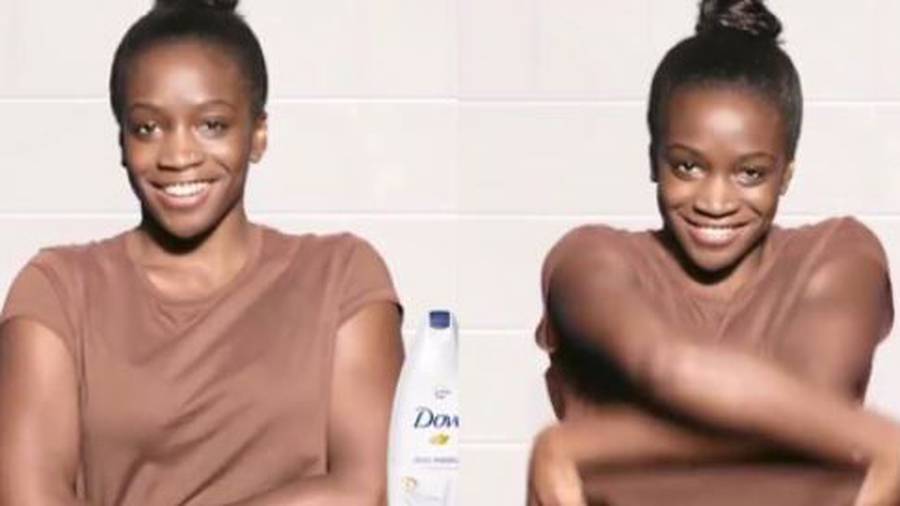 Soap company Dove is facing a wave of criticism after an advert they posted of a black woman seemingly taking off her shirt and skin to become a white woman went viral.

In the now deleted picture, the four-panel shot shows a black woman in a chocolate brown shirt taking it off and revealing herself to be a white woman in a off-white shirt.

After make-up artist Naomi Leann Blake first shared the now viral photo to which the company took to their Facebook to apologise.

“Dove is committed to representing the beauty of diversity, In an image we posted this week, we missed the mark in thoughtfully representing women of color and we deeply regret the offense that it has caused. The feedback that has been shared is important to us and we’ll use it to guide us in the future.”

They also took to Twitter to try to ease the anger felt by many.

An image we recently posted on Facebook missed the mark in representing women of color thoughtfully. We deeply regret the offense it caused.

But social media wasn’t having it and hated the apology, blasting the company for its insensitivity following a similar incident by hair care company Shea Moisture in April.

“Dear dove, I assure you us ‘women of colour’ have actual skin with colour, not a tan that you can remove. Thanks,” said a user.

A photo also circulated on Twitter showing other examples of brands with racist marketing strategies and showed the comparison from those advertisement campaigns to the one Dove did.

And to put a comedic spin on it all, a man filmed himself copying the popular trend of throwing things down the toilet and emptied a Dove bottle down the drain.