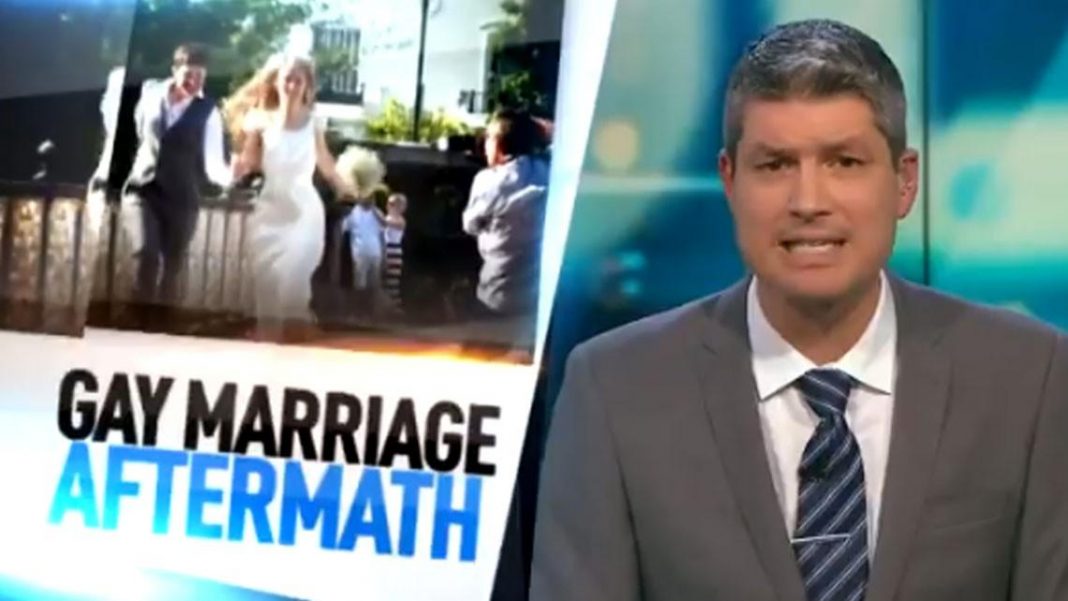 If people in Australia are finding the same-sex marriage debate hard, take it from Jesse – we’ve been through this before in NZ and it’s not so bad.

This tongue-in-cheek “Open Letter to Australia” from The Project presenter Jesse Mulligan pulls no punches.

As the deadline for sending off their “yes” or “no” votes nears closer, Jesse has a quick message for our Aussie neighbours! #TheProjectNZ pic.twitter.com/ttqwsWQLtQ

Some of his points include how he missed:

“Marriage the way it used to be, between a strong — handsome — man and his loving — obedient — wife. A good honest marriage, one that was built to last!”

He also goes on to say:

“Australia, the world is watching. It’s time for you to stand up and say ‘No, we don’t want to be in the same club as New Zealand, Britain and the US. We see ourselves somewhere in the democratic sweet spot between Iraq and Yemen’,” he drawled.