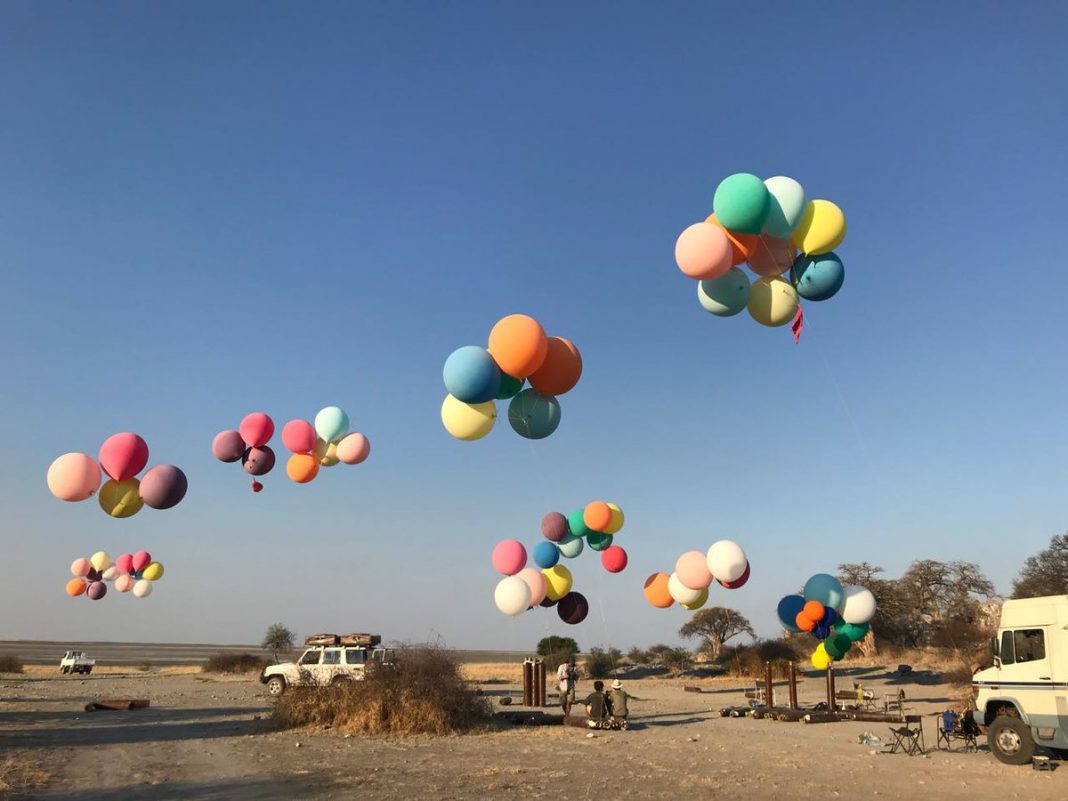 You may think that Adventure 11 is a joke. We can assure you it isn’t. Catch the latest from Botswana here: https://t.co/48OADQ7Mja pic.twitter.com/VkAFw45OFp

The attempt was moved from Botswana with an eventual goal of a competitive race using balloons.

How do you get the intern to prove himself? Only one way really. Strap him in and hope he comes back alive-ish. https://t.co/48OADQ7Mja pic.twitter.com/p2pzTJ02Hl

They just released this pic of him !!!!! pic.twitter.com/zTyCXpFWsb

Where can we get in on this??