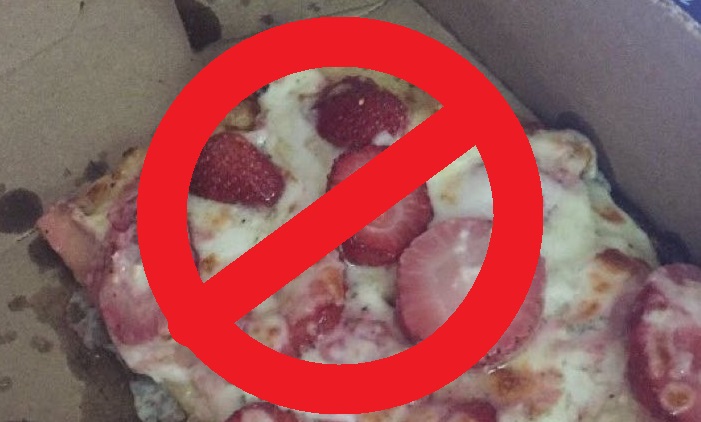 The pizza loving world is split between pineapple lovers and haters but now there is a new challenger in town – the strawberry.

Who would have thought?

Twitter has joined forces to shred the user with these being a couple of our faves:

The police are on their way, I hope it was worth it.

I just threw up a little in my mouth https://t.co/2m7zOHbfBx