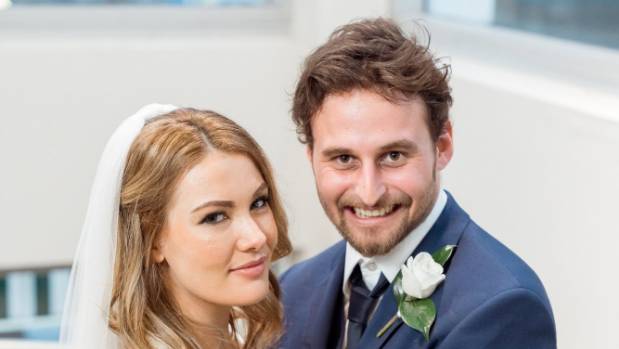 Married at First Sight’s Andrew Jury has once again lashed out at the woman who went public with offensive messages he sent her on Tinder.

Maria Mo revealed screenshots of a 2015 interaction with Jury on the dating app, in which he asked her to “satisfy his Asian fetish” and when she denied him, called her “prudish, ugly” and “a mutant”.

After Mo went public with the screenshots, Jury issued a public apology saying he was “so embarrassed and ashamed…I hope everyone can forgive and forget as I’m a new man these days.” He also made a public post on Facebook offering her “coffee and an apology”.

But privately, he tracked her down on Facebook Messenger to call her an “awful person” and accuse her of blackmail and defamation. 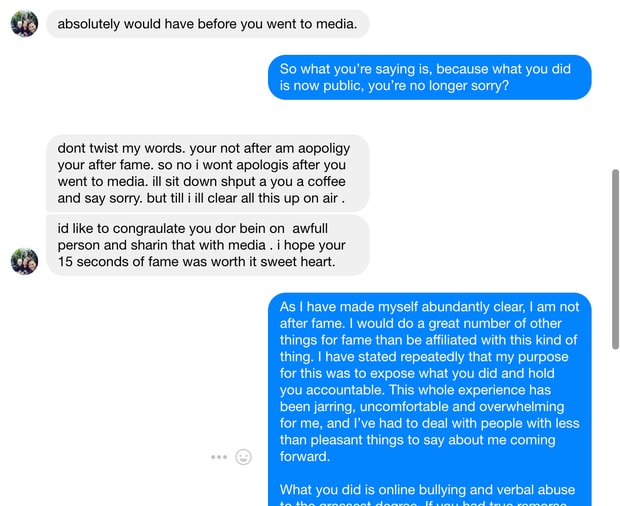 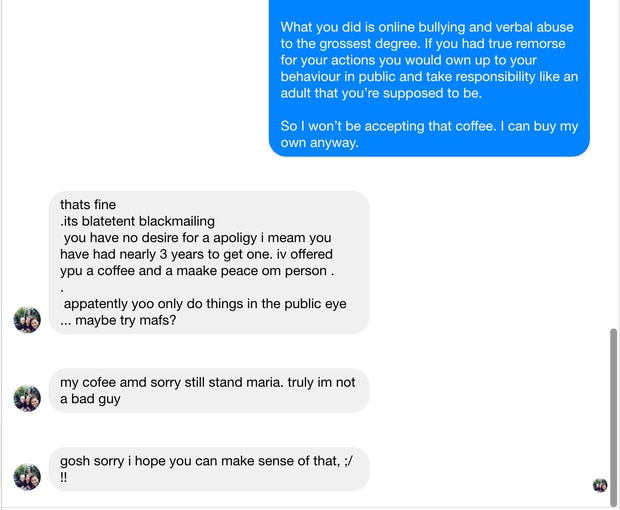 Mo says after the interaction she was “crying and shaking…just because it’s unbelievable, you know?”

“He could’ve used this as an opportunity for redemption…he could’ve just apologised. I’m upset that he is still the same person and still seems to blame me for what happened.”

“He accused me of defamation and also blackmail which makes no sense…I haven’t asked for anything,” she says.

However, she has no regrets and stands by her decision to make the interactions public.