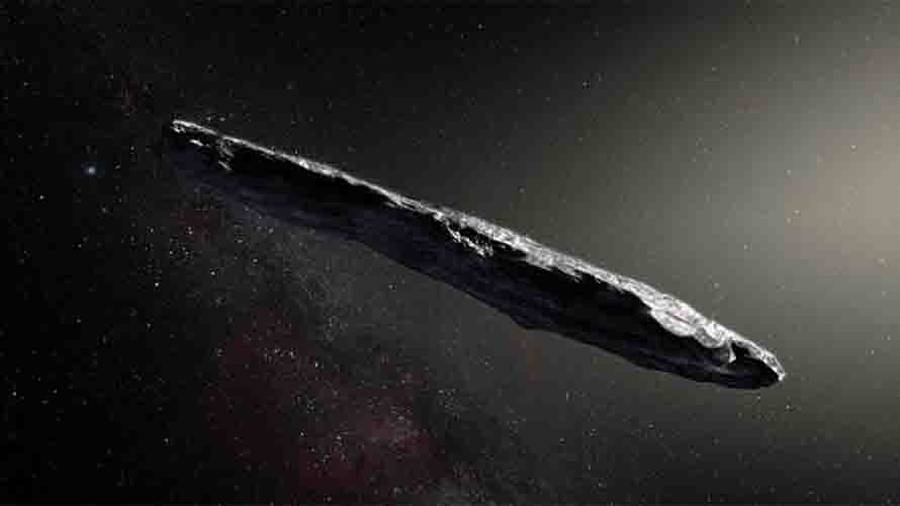 Could this finally be our first close encounter, the visit from ET we have waited our whole lives for?

Scientists led by Stephen Hawking are today using high-tech scanners to discover if a huge, cigar-shaped space object currently hurtling through our solar system was sent by an alien civilisation.

The object in question, named “Oumuamua”, is about 400 metres long, 80 metres wide and currently travelling at 306,000kph. And while it could just be an asteroid, weird as seems, researchers are taking seriously the possibility that it could instead be a spaceship, according to the Daily Mail.

The team of scientists, called Breakthrough Listen, will use the world’s largest directable radio telescope, at Green Bank in West Virginia, to follow it for ten hours.

For the moment, they are trying to contain their excitement. But the name they have given this bizarre object betrays their optimism. Oumuamua is a Hawaiian term meaning “a messenger from afar arriving first”. (The far less sexy official name is A/207 U).

An oddity is that Oumuamua is flying very “cleanly”, without emitting the usual cloud of space dust that astronomers observe around asteroids.

Experts say this suggests it is made of something dense: probably rock, but possibly metal.